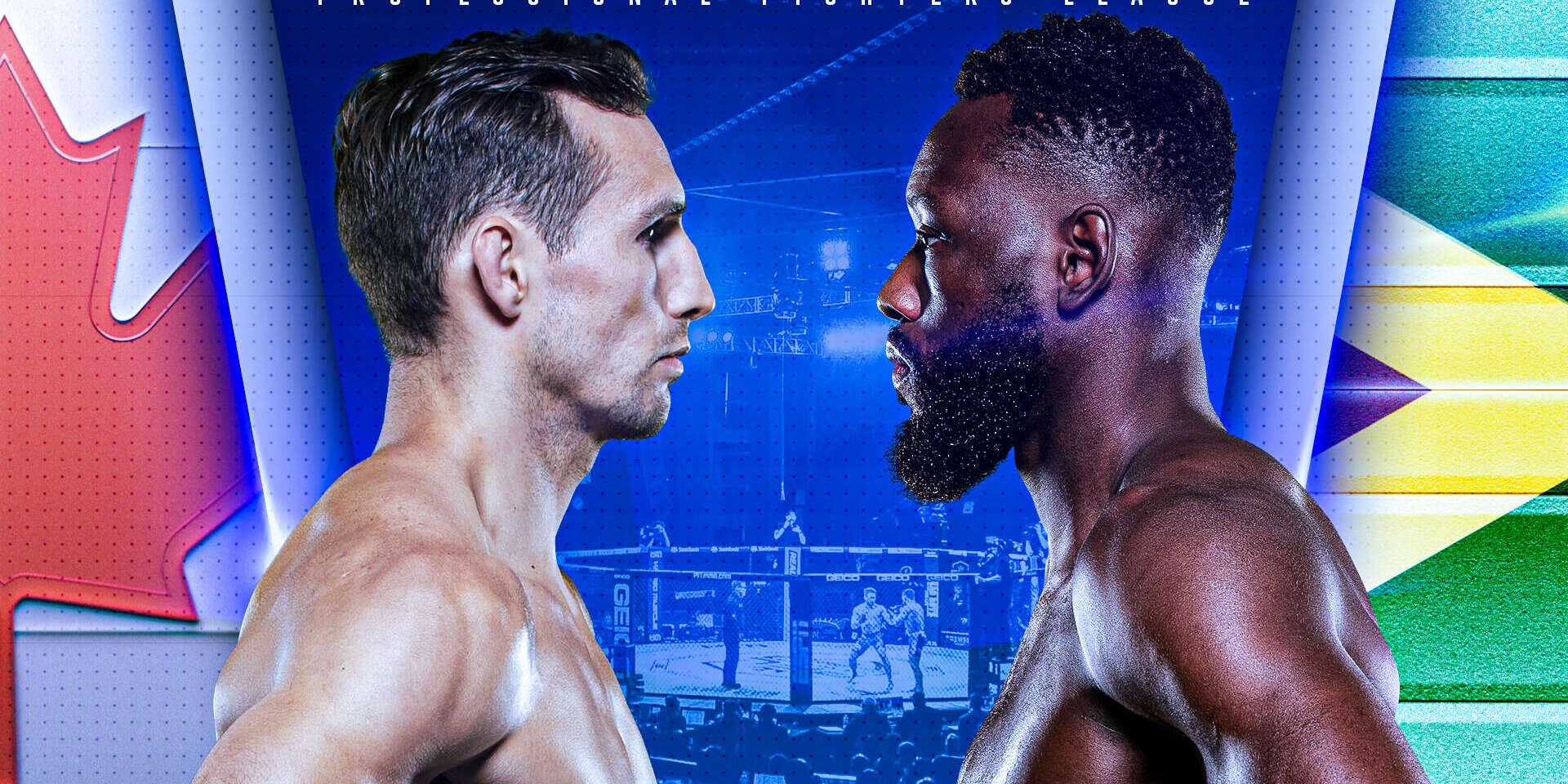 Welterweight and Heavyweight semifinal action will go down at the Motorpoint Arena in Cardiff,
Wales this Saturday beginning at 12 p.m. ET on ESPN networks and streaming platforms

NEW YORK (AUGUST 11, 2022) - The Professional Fighters League (PFL), the fastest growing and most innovative sports league in the world, today announced that Welterweight Magomed Umalatov and Heavyweight Denis Goltsov were forced out of their semifinal bouts due to their inability to secure a visa to enter the United Kingdom. Saturday’s fights will be held at the Motorpoint Arena in Cardiff, Wales. They have been replaced with alternates Dilano Taylor and Juan Adams respectively.

Umalatov had earned the fourth seed on the strength of a first-round knockout in his lone Regular Season bout. He will now be replaced by Taylor who upset well respected veteran Joao Zeferino in his Season debut before dropping a tough one to 2018 PFL Welterweight Champion Magomed Magomedkerimov in his second bout. Taylor (9-2) entered the Season as an alternate after an impressive win in the 2022 PFL Challenger Series and is the former Titan FC Welterweight Champion.

Taylor steps in after the first two alternates, Magomedkerimov and two-time PFL Champion Ray Cooper III were unable to compete.

Adams was added as an alternate for the second half of the Regular Season and the big man did not disappoint. He earned five points by dispatching Sam Kei via TKO in a barn-burner of a heavyweight affair. He will now step in to face Matheus Scheffel, who defeated 2021 Champion Bruno Cappelozza in his last fight.

“It is very unfortunate for these two fighters who fought and earned their spots in the Playoffs,” said PFL President of Fighter Operations Ray Sefo. “Both Umalatov and Goltsov were impressive in their Regular Season fights and were contenders to win the Championship. Despite that, we are pleased we have such a deep roster to go to and are excited to see what Dilano Taylor and Juan Adams can do with this great opportunity.

PFL is primetime in the U.S on ESPN and ESPN+ and broadcast and streamed worldwide to 160 countries, with partners including Channel 4, DirecTV, RMC Sport, Eurosport, Sky Sports, and more. The PFL roster is world-class, with 25% of PFL fighters independently ranked in the top 25 in the world. The PFL proprietary SmartCage data and analytics platform powers real- time betting and provides next-gen viewing experience.