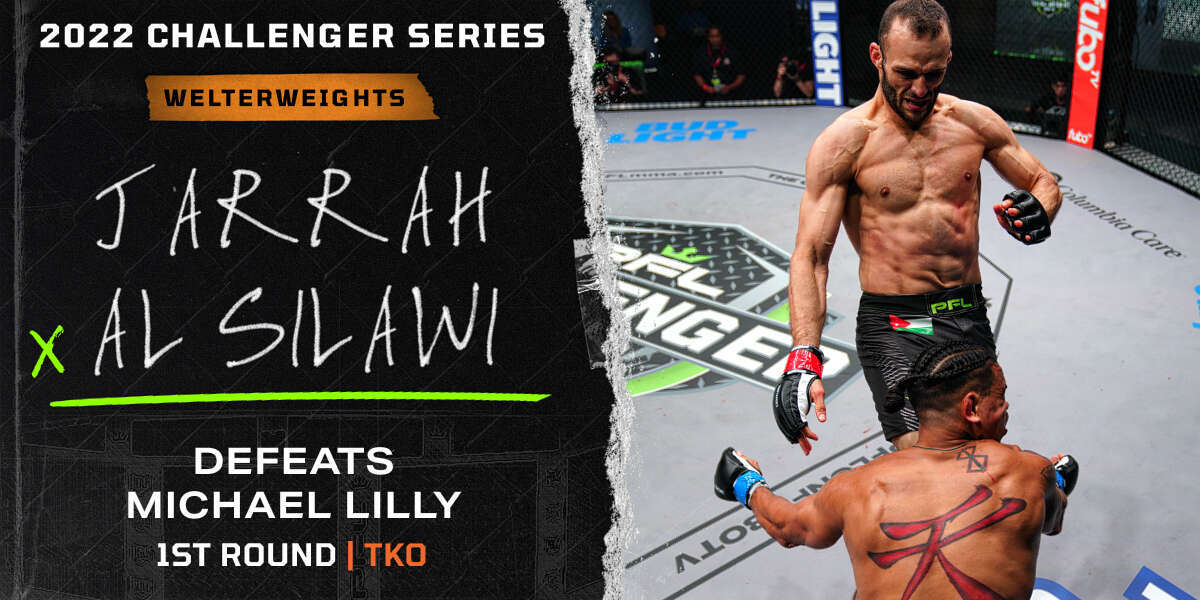 You wanna talk about setting a stage?

How about this: All three welterweight fights that took place before PFL Challenger Series 2’s main event between Jarrah Al Silawi (16-3) and Michael Lilly (7-6) ended in the second round or sooner.

Two out of those three wrapped things up in the very first frame.

How could Al Silawi and Lilly possibly top that?

Here’s how the fight shook out:

There’s a lotta respect early, as both men measure distance and feel out the fight. Lilly gauges distance with a series of leg kicks before changing levels, but Al Silawi shrugs it off without issue.

More leg kicks from Lillly, but, as celebrity judge Tyron Woodley notes, they’re coming without a setup, giving Al Silawi a chance to counter. Now, Lilly gets a quick takedown, but Al Silawi bounces back to his feet.

They clinch against the cage, and Al Silawi lands a nice combination on the break.

Al Silawi floors Lilly, and this fight is over. That was perfect timing as Lilly ducked for the takedown –– my goodness.

High expectations? No big deal for Al Silawi. That’s another first-round finish, the third of the night. Good luck to the judges deciding who deserves the PFL contract tonight.