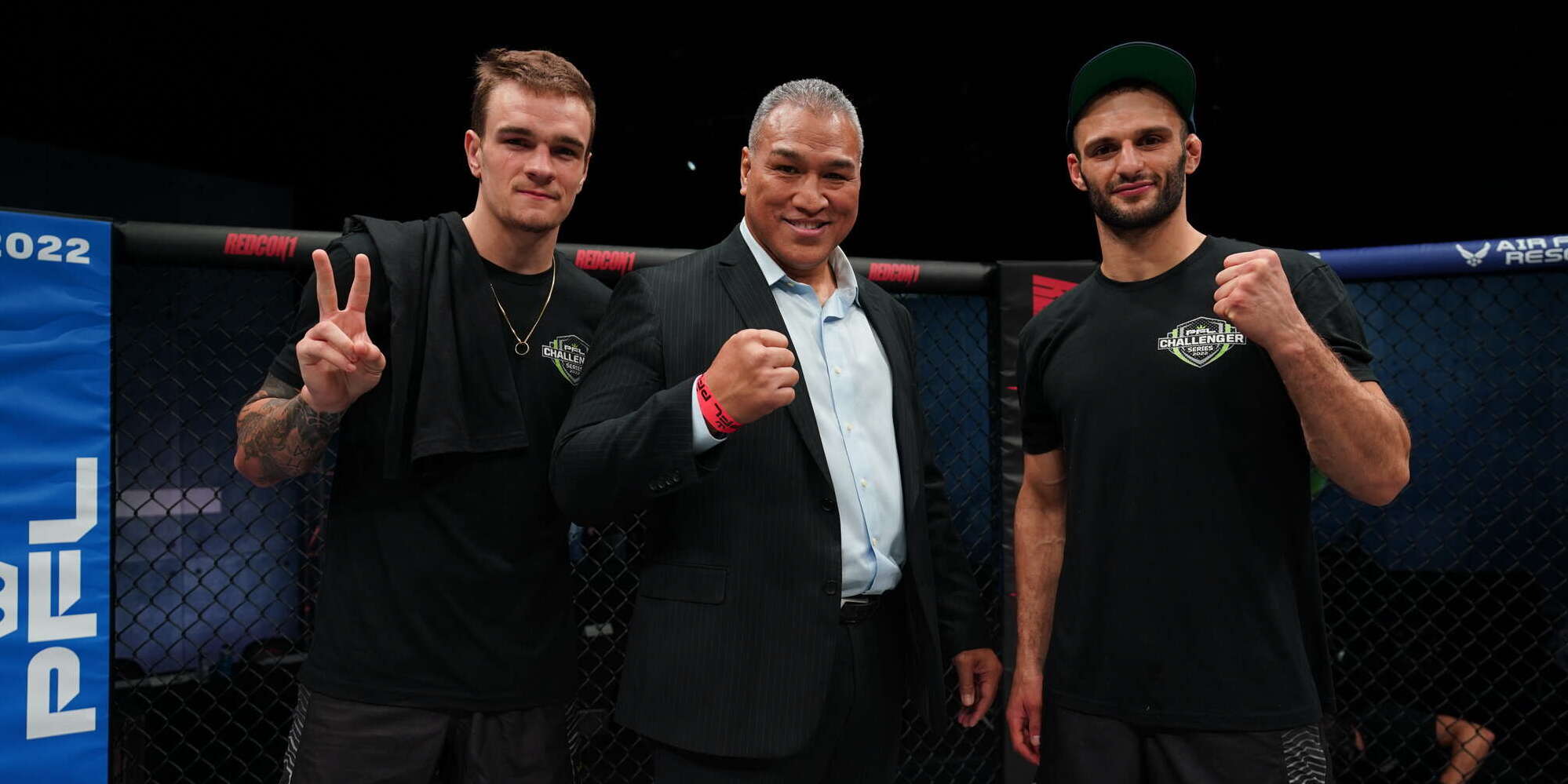 An insane display of talent and will at PFL Challenger Series Week 2 made life difficult for both the celebrity judges and the fans at home.

The night’s goal? Decide which welterweight competitor most deserves a PFL contract based on his performance Friday evening inside the PFL decagon.

Who could possibly get the nod after a showing like that? How do you separate the “great” from the “even greater”?

Celebrity judges Tyron Woodley, Ray Lewis, and Jeremy Piven went to work. The fans at home did the same.

Eventually, they made a decision.

And the contract goes to…

OK, we’ll get to the contract. But first, PFL brass acknowledged the first finalist of the evening:

He took a step forward, and Sean O’Connell announced the second finalist to join him in the center of the cage.

It was just that kinda night at PFL Challenger Series 2. Somebody deserving had to lose out, and in this case, it was more than just one somebody sent away unsatisfied.

After much deliberation, a decision was finalized. Host Julie Stewart-Binks kicked it over to the celebrity panel to share some thoughts.

“This is just too difficult that I’m going to have to tap out,” Piven said. “... I don’t know what to say. I’m going to start crying and stuttering like a grandmother.”

“To be honest, everybody displayed amazing skills,” Woodley said.

Eventually, the celebrity judges gave the nod to Al Silawi.

The fan vote followed. And that’s a contract.

Al Silawi moves to 17-3 in his professional MMA career and gets an even bigger prize in the process –– a direct pass into the 2022 PFL welterweight tournament.

That’s right. Ray Sefo took the mic, awarding Al Silawi the chance to compete for $1 million and the PFL 170-pound strap. He passes go and collects $200. Not a bad night for him.

And the PFL President/Co-Founder Sefo wasn’t done there. He was feeling generous Friday evening, and he clearly liked what he saw from Mixan, too.

To cap off the evening, Sefo awarded Mixan a developmental deal with PFL, adding him to the promotion’s stacked 170-pound roster and giving him the chance to work his way into a future season.

That’s a fitting ending for an impressive night of fights. The PFL Challenger Series rolls on next Friday evening with Week 3.