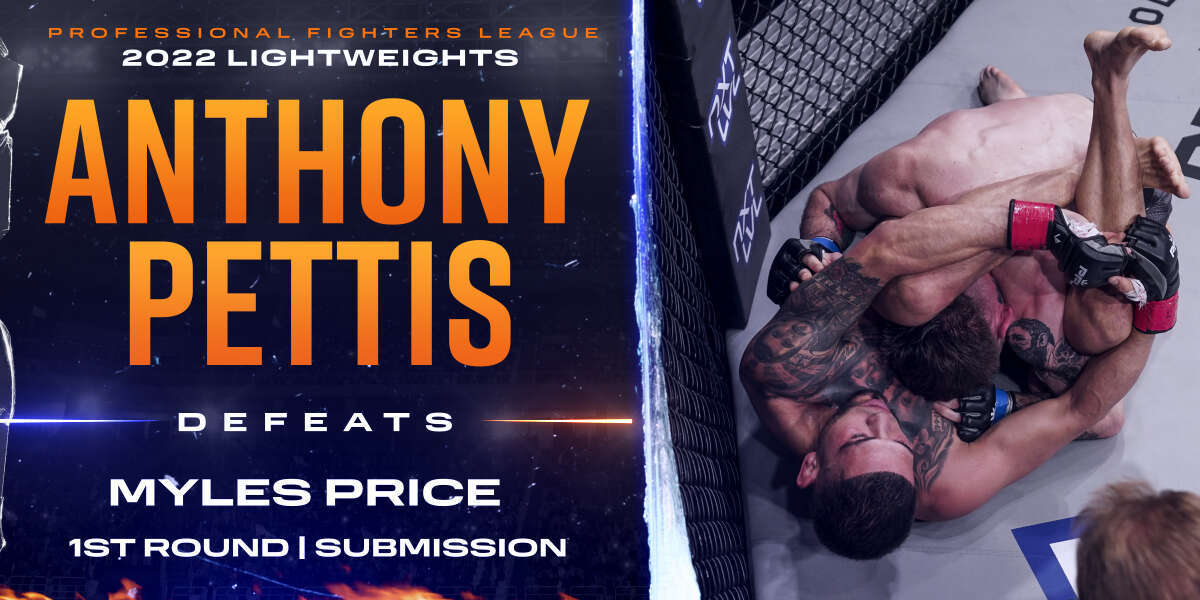 After a tough 2021 regular season that saw him lose 2 fights by decision, former UFC and WEC champion Anthony “Showtime” Pettis (24-12) returns to the PFL cage looking to get back in the win column and make a run at a third major promotion title.  Looking to prevent Showtime’s return to glory is PFL newcomer Myles Price (11-7). The Irishman is a well-credentialed striker who believes his unorthodox style will cause problems for Pettis as he returns to MMA for the first time in 3 years.

A true legend of the sport, Showtime racked up 8 performance bonuses over his UFC run that included wins over the likes of Cowboy Cerrone, Stephen Thompson, Charles Olivera, and Benson Henderson.  Though he brings a 2 fight losing streak into this fight, Pettis states he was tremendously disappointed with his performance last season and reignited the fire inside of him over the offseason, feeling the best he has in training in years and ready to prove that his performance last year was a fluke.

Price will be making his PFL and U.S. debut in this fight and will be the first fighter from the emerald isle to compete in the PFL.  He has trained with the likes of Khabib Nurmagomedov, Islam Makhachev, and has a litany of coaching experience himself.  He looks to make a name for himself with a statement win over Pettis tonight.

Price looks for a takedown right off the bat and Pettis makes him pay with a big uppercut and some ground and pound, an exciting start!

They settle in and Price closes his guard while Pettis looks to posture up and get some damage off.  Price appears to be trying to set up a triangle but it’s going to be tough to create the angle when he’s pressed up against the cage.

Price briefly opens his guard but closes it up again and doesn’t seem to be working to advance his position.  Price briefly attacks a kimura but there’s nothing there.

Price attacks a leg lock but gets his back taken.  As quick as Pettis got the back, Price sneaks out the backdoor and winds up on top but Pettis immediately throws up the triangle!

Pettis tightens the triangle and snatches the arm! He flips Price over, tightens it some more, and gets the first-round submission!

.@Showtimepettis gets the triangle submission!
He goes straight to the top of the Lightweight standings#2022PFL3 pic.twitter.com/TD3Y0iXKC5

Anthony Pettis takes his place atop the lightweight standings with a quick six! Vintage Showtime!