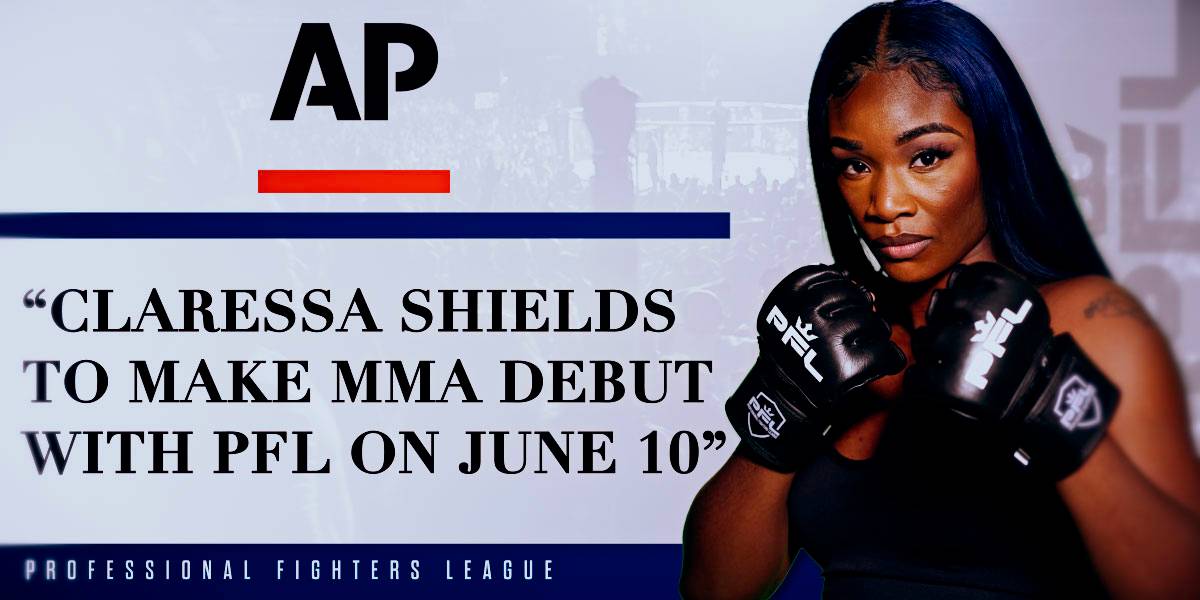 Shields will fight Brittney Elkin on June 10, the promotion told The Associated Press on Wednesday. The bout in Atlantic City, New Jersey, will be the beginning of Shields’ daunting quest to add MMA titles to her boxing success, which includes professional world titles in three weight classes.

Shields announced her decision to take up MMA late last year, telling the AP she was determined to claim championship belts in both combat sports. She has been training in Albuquerque, New Mexico, at Jackson Wink MMA Academy, the famed gym where former UFC champions Jon Jones and Holly Holm hone their craft.

“I am very excited to cement my legacy as the ‘Greatest Woman of All Time,’” Shields said. “I cannot wait to step into the PFL cage for the first time on June 10 and show the world that I never back down from a challenge. I have shown I am the best boxer in the world, and eventually I intend to do the same thing as a mixed martial artist.”