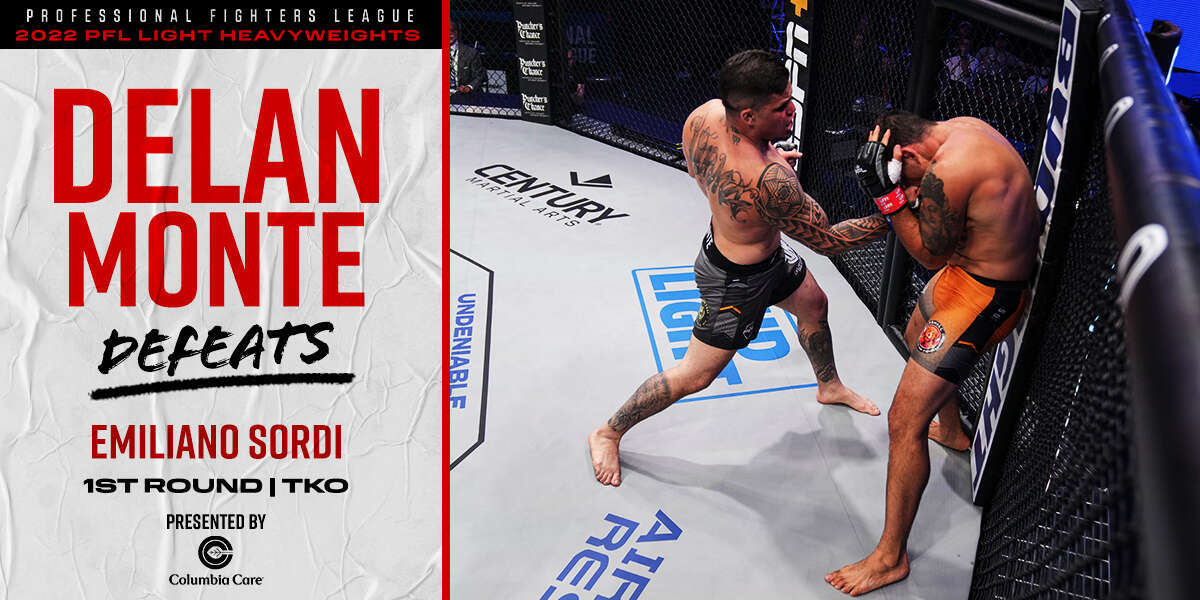 In our 2nd playoff eliminator of the evening, 2019 PFL Light Heavyweight World Champion Emiliano Sordi (23-10) looks to get back in the win column after dropping his first bout of the 2022 regular season when he was TKO’d by alternate Cory Hendricks in the 2nd round.  His opponent Delan Monte (8-2) also comes in off a loss in his PFL debut, suffering the 2nd fastest finish in PFL history at the hands of 2021 champion “Shoeface” Antonio Carlos Jr.

Competing in his 4th PFL season, Sordi has made the playoffs in his first 3 seasons and was the 2021 runner-up after winning the title and accompanying a 1 million dollar prize in 2019.  During the COVID-19 pandemic, Sordi used some of that prize money to help cook and distribute food across his community in Argentina. Sordi’s 2019 season was the most dominant in PFL history, featuring 5 consecutive finishes.   Since contracting COVID himself in 2021, Sordi has struggled to regain his championship form. Sordi will need an early finish to keep his 2022 playoff hopes alive and a loss will see him miss the playoffs for the first time in his career.

Following a disappointing start to his PFL career, Monte looks to get back on track and build on his career 100% finish rate (5 Kos, 3 Submissions).  Monte was a regional champion in GFC in his home country of Brazil and believes he has all the tools to compete at this level.  He too will need an early finish to keep his playoff hopes alive.

The ref confirms both fighters are ready and we’re underway in yet another playoff eliminator!  Both men are swinging big in the 1st 30 seconds but not much has landed yet.  Monte is controlling the center of the SmartCage but Sordi feints a level change and follows it up with a big uppercut and suddenly we have a brawl on our hands!

Both fighters are swinging and landing big shots with Monte getting the better of the exchanges early.  Monte feints the jab and lands a massive right and Sordi is in survival mode! Sordi grasps Monte’s arm trying to keep from taking damage but Monte senses the moment and puts his foot on the gas as Sordi shells up.

Monte keeps the pressure on, absolutely unloading on Sordi before Sordi collapses to the mat.  Monte follows up with some ground and pound and we have yet another Quick Six! Delan Monte cashes as a +330 underdog in our first upset of the night!

Delan Monte temporarily moves into 3rd place in the light heavyweight standings with a Quick Six! He’ll need some help, but he keeps his playoff hopes alive for at least a few more hours! 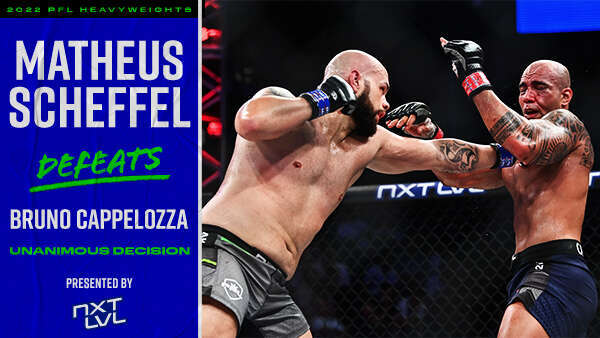 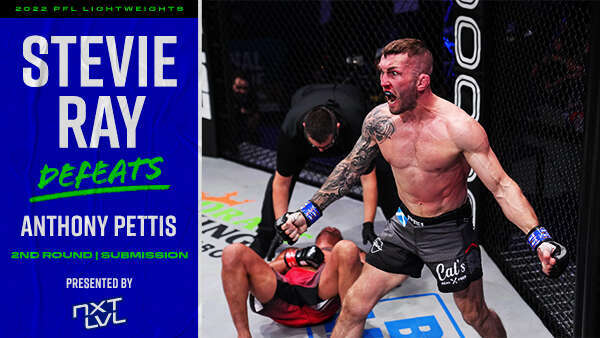 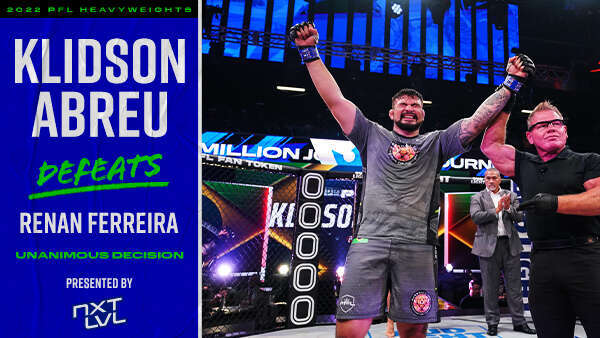