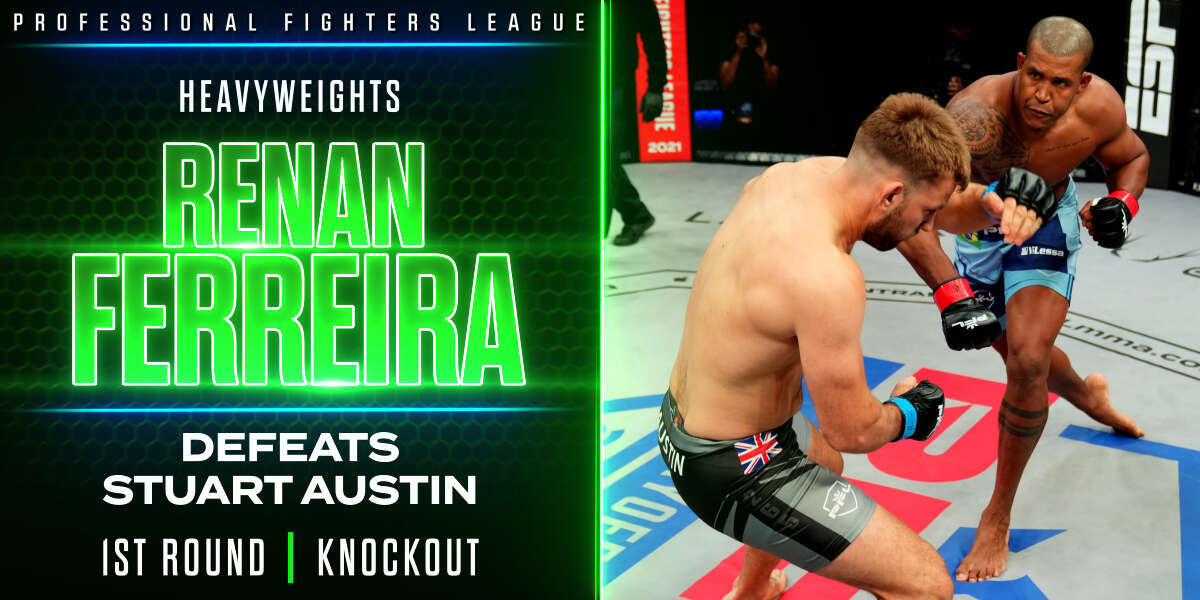 For Ferreira, the bout undoubtedly came with a little extra motivation, as he finished sixth in the heavyweight rankings during the Regular Season and missed the Playoffs as a result. Ferreira defeated Fabricio Werdum via TKO and won a unanimous decision over Carl Seumanutafa, but his TKO win was overturned to a no decision after Werdum and his team contested the result.

Now, Ferreira looked to prove he belonged in the Playoffs with a win over Austin.

They circle, and Ferreira lands a brutal, textbook, savage right hand to cap off a 1-2 that sends Austin crashing to the mat. Ferreira follows up but pulls back, realizing his opponent is done.

GOOD NIGHT! Renan Ferreira gets the KNOCKOUT in 30 seconds!#PFLPlayoffs LIVE NOW on ESPN+
How To Watch: https://t.co/WfOt9XBfzk pic.twitter.com/psXatDYWFG

That’s one way to do it.

Four strikes thrown, four strikes landed for Ferreira. But it was the final right hand that got the job done. That was crispy clean, and he’s undoubtedly on Ray Sefo’s radar for next year’s tournament.