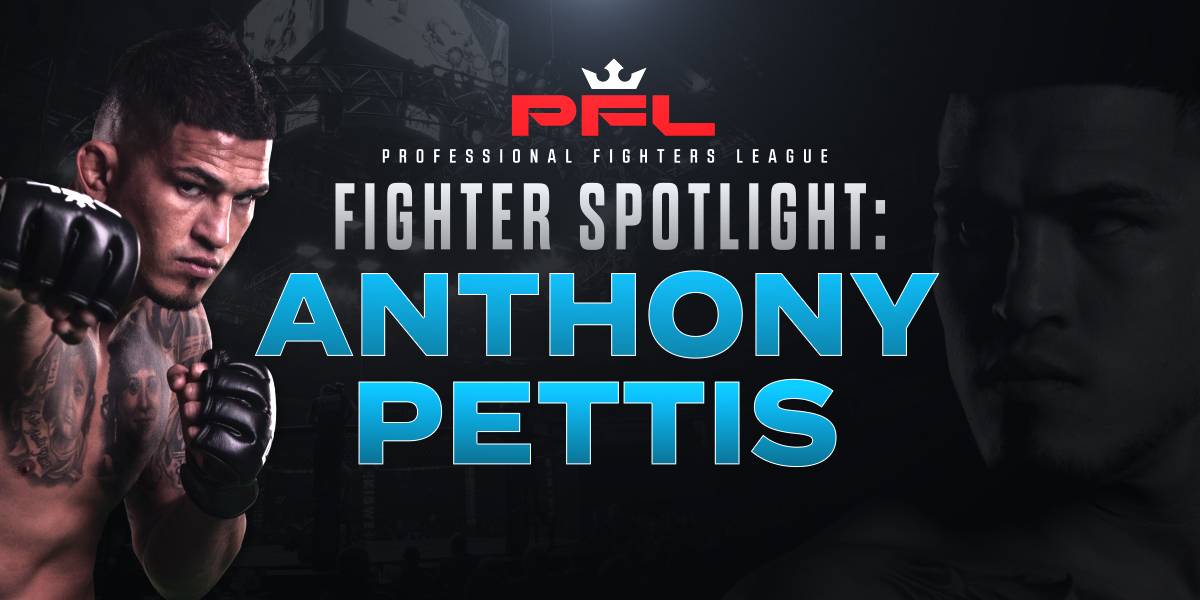 “Showtime” — a moniker befitting a fighter who shines when the lights are their brightest. Someone who electrifies the crowd with every strike thrown.

“The lights come on and I turn into somebody else,” said 34-year-old lightweight Anthony Pettis. “It's like a switch flips and I want to impress people. I want people to see something that they’ve never seen before.”

For Pettis, there is no other way to describe him when he steps into the cage. From his infamous kick during the fifth round of a WEC title fight to being the only fighter to ever appear on a Wheaties box during his UFC title reign, the Milwaukee native has experienced just about everything at the sport’s highest levels.

But not a Professional Fighters League World Championship and the $1 million prize that comes with it.

“I’ve been in the UFC for such a long time, man. I've fought everybody, three different weight classes. There's not much more I can do in that organization… [But] this year I can become a champion in the PFL. That's another big goal of mine is to become another champion,” said Pettis.

“The point system with all these fights coming up back to back makes me nervous, and that's a good thing. I haven't been nervous for a long time. I feel like I'm back to the beginning if you will.”

Pettis, whose mixed martial arts journey began at just five years old, has fought some of the biggest names in the sport of the last decade-plus of competition. He has used his taekwondo base to produce highlight-reel finishes of Donald Cerrone, Joe Lauzon, Stephen Thompson and Danny Castillo. But the Roufusport product is anything but one-dimensional. He is a black belt in Brazilian Jiu-Jitsu and has coerced submissions from former UFC champion Benson Henderson, former Strikeforce titleholder Gilbert Melendez, as well as top welterweight Michael Chiesa and lightweight star Charles Oliveira.

As he prepares for this first fight inside the PFL Decagon against fellow UFC veteran and professional boxer Clay Collard, Pettis isn’t spending too much time worrying about what his opponent is going to do. With the fast-paced PFL format, Pettis is going to rely on his experience to help him navigate the striking prowess of his opponent.

“I'm kind of just going into the gym with the mindset of I know what he's good at, I know what I'm good at. I'm gonna go focus on my skill set, sharpen my tools, and just be ready for anything,” declared the veteran. “I don't feel like he's gonna bring in something brand new that I've never seen before.”

In addition to Collard, the PFL lightweight roster is loaded with talent, including two-time PFL lightweight World Champion Natan Schulte. Although Pettis and Schulte aren’t scheduled to meet at this time, Pettis is keenly aware of his skills but believes the Brazilian may not be ready to face someone with his skillset.

“He's good, man. He won two years in a row, so I think he's well-rounded,” stated Pettis. “He's one of them guys that has great jiu-jitsu, comes from a great team, so I know he's getting good sparring in. But, he's never fought somebody like myself. He's never fought the competition that's coming this year.”

Pettis is poised and ready for many tough tests during the PFL 2021 season, whether it comes from Collard, Schulte or others in the 155-pound division. He’ll make his debut in the main event on Friday, April 23 and the only thing left to do is to put on a show.