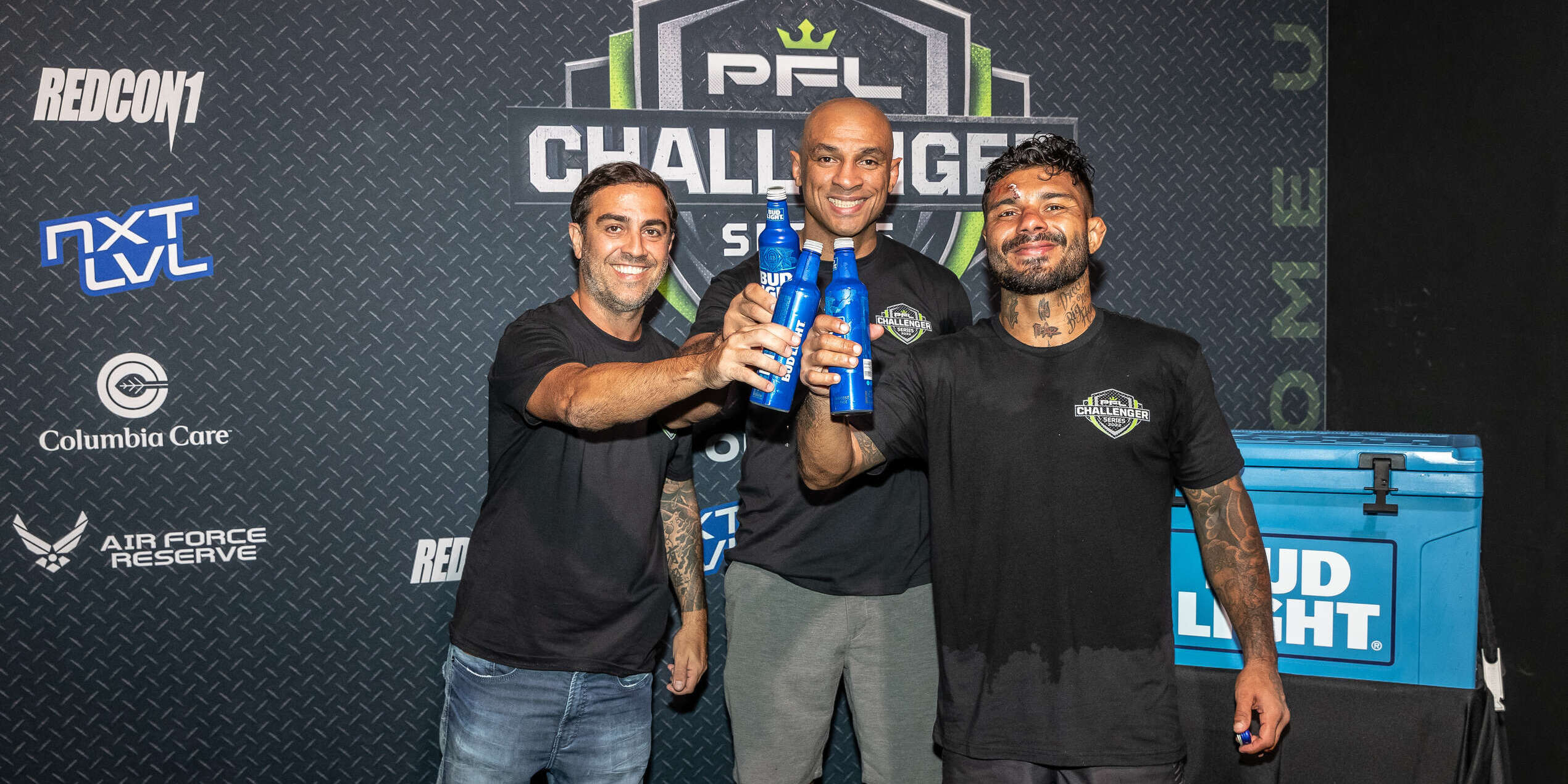 Good luck picking a winner for Week 5 of the PFL Challenger Series.

To kick off the evening, Yanal Ashmouz put on a dominant performance en route to a unanimous-decision victory –– then the finishes began.

Then Bruno Miranda sent Carson Frei to the canvas with a brutal uppercut in Round 3 of the final bout of the night.

“These guys are all living up to the whole [Challenger Series] so far,” PFL President Ray Sefo said. “I mean, we’ve had finishes every night we’ve been out here … Best of luck. There’s only one contract, guys.”

Four fights, four dominant, definitive performances. Who will get the PFL contract?

AND THEN THERE WERE TWO

Before the celebrity judges took over, Sean O’Connell narrowed down the field to two finalists.

First up? “The Bosnian Barn Cat” Damir Ferhatbegovic with his first-round knockout.

The second choice wasn’t easy, but it came shortly after:

Clearly, knockouts won the day as both men who earned stoppages from strikes moved on for the celebrity panel and for the fans at home.

No doubt. This pick was difficult, and the MMA legend acknowledged that the celebrity panel couldn’t agree on a unanimous pick. That said, two out of three of them agreed on one man:

Bruno Miranda. We go to the fans.

Hey, it wouldn’t be another week of the PFL Challenger Series without some drama, right?

Of course, the Bud Light fan vote came through … and Ferhatbegovic won it. That’s a split-decision, ladies and gentlemen. It’s up to Sefo to break the tie.

AND THE CONTRACT GOES TO…

After a quick word praising both men, Sefo cut to the chase:

Welcome to the NXT LVL, @brunorobusto!

While Ferhatbegovic was clearly disappointed, Miranda was undoubtedly a worthy winner as well. In addition to that fancy new contract, Miranda took home $5,000 for the Columbia Care Move of the Night:

ITS ALL OVER!! Bruno Miranda gets it done in the 3rd round!#PFLonFuboTV pic.twitter.com/0A5vYVPUJt

The PFL Challenger Series returns next Friday, March 25, for another week of action. See you then.