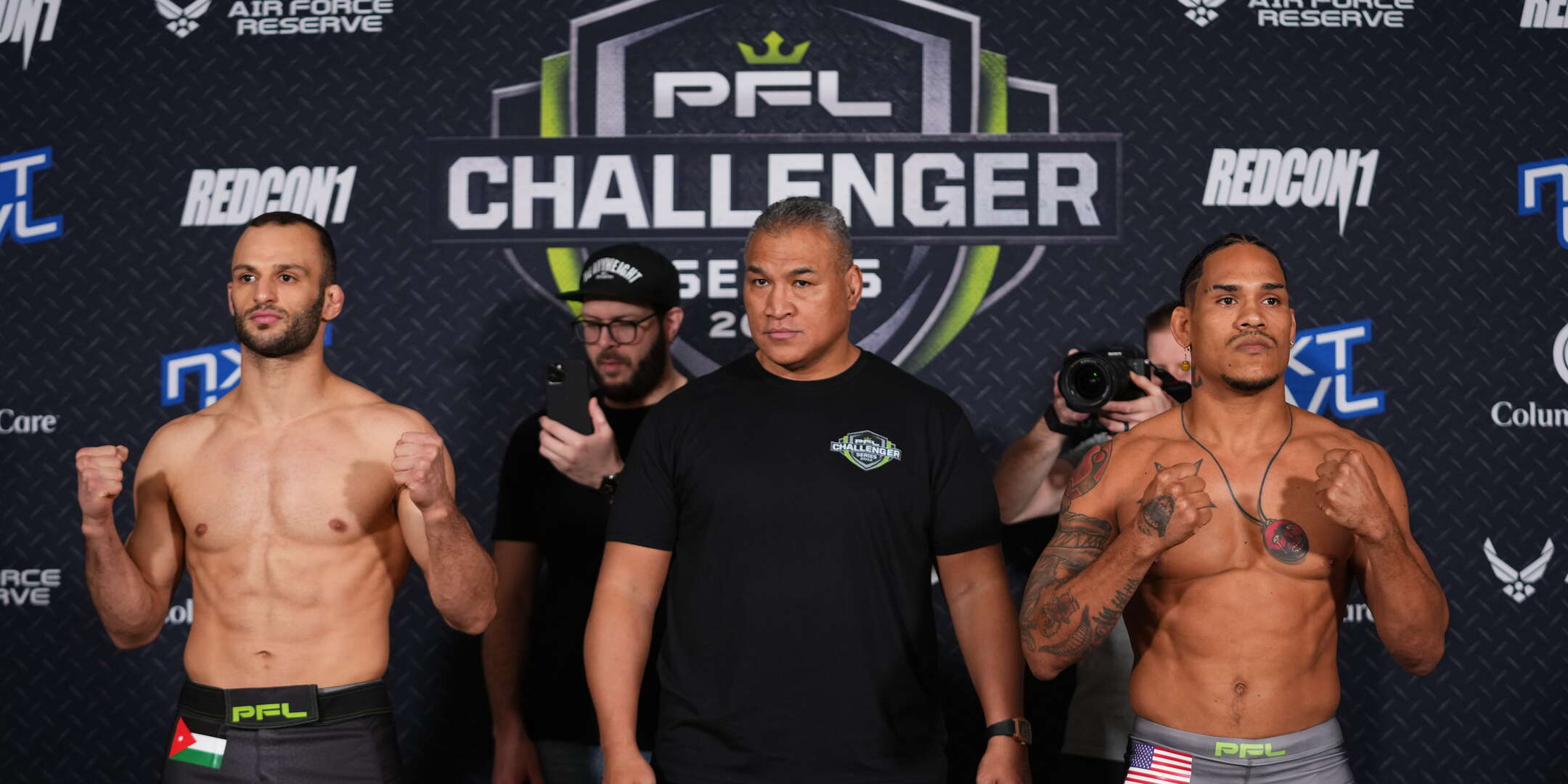 Al Silawi, who held welterweight and super welterweight championships during his time at Brave CF, weighed in at 175.6 pounds. Lilly, of his seven victories three have come by stoppage, came in at 176.2 pounds.​​ The bout will take place at a catchweight of 177 pounds.

In the co-main event, Jamaican Dilano Taylor takes on Mark Martin of the United States. Dilano, a former Titan FC welterweight champion, tipped the scales at 171 pounds. Martin, who is on a six-fight winning streak, weighed-in at 170.2 pounds.

The second bout will see LFA Welterweight Champion Carlos Leal of Brazil (170.6 lbs) who was scheduled to meet former Island Fights Lightweight Champion Socrates Pierre, but was forced to withdraw and was replaced by alternate Korey Kuppe, who weighed in at an even 170lbs. Opening the card is undefeated Ukrainian Chris Mixan (171 lbs) who will take on Nathan Pierce (173.6 lbs.) of the United States. Pierce missed weight by 2.6 lbs making this a catchweight bout at 174 pounds.