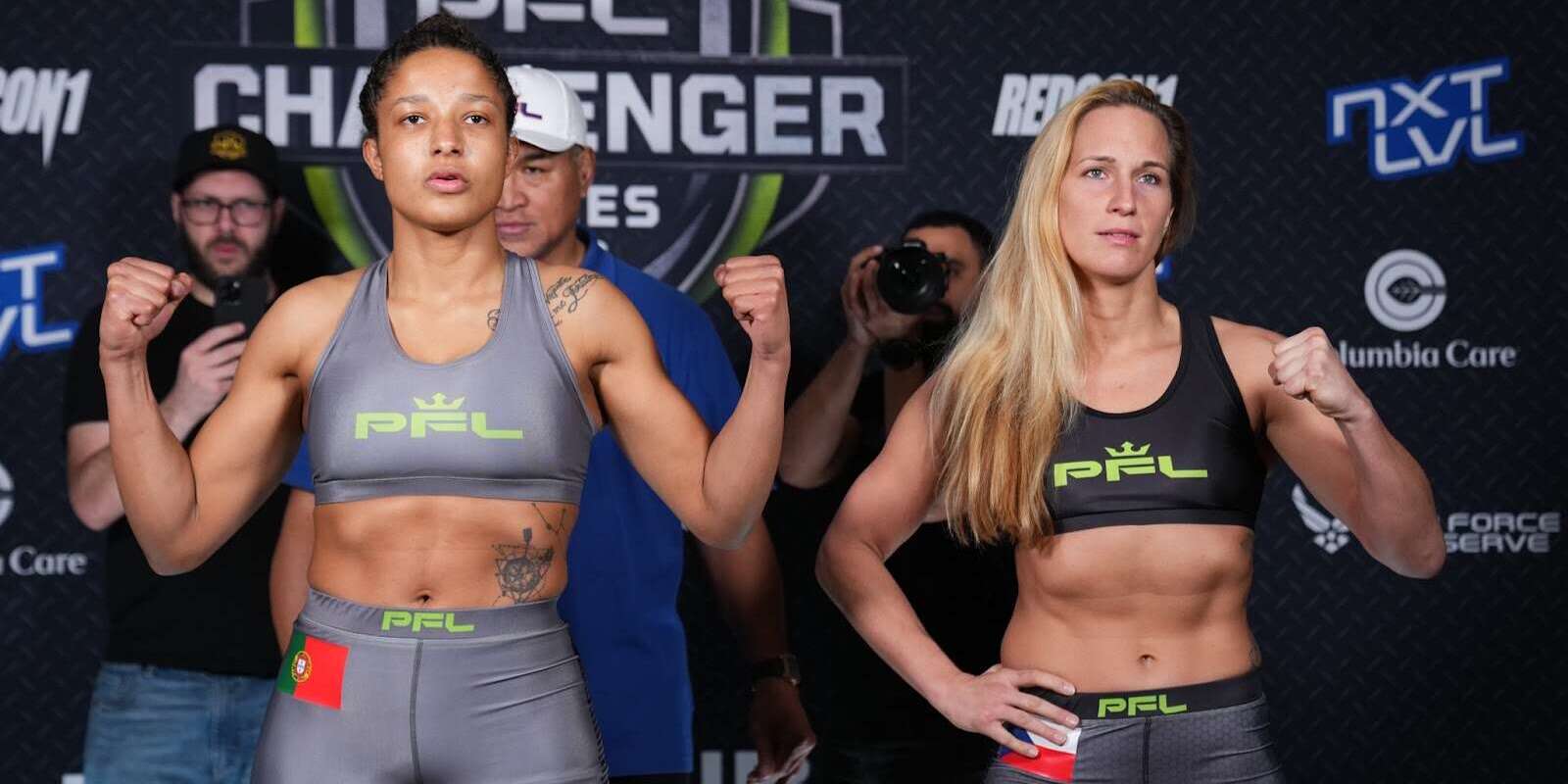 ORLANDO, FLORIDA - The Professional Fighters League, the fastest growing and most innovative sports league, held official weigh-ins for Week 3 of the 2022 PFL Challenger Series, featuring up-and-coming fighters in the Women’s Lightweight division. Martina Jindrova of the Czech Republic faces off against Jacqueline Cavalcanti of Portugal in the headlining bout.

Jindrova, who came in at 155.2-pounds, is the first fighter from the Czech Republic to compete in the PFL. A multiple-time Muay Thai and kickboxing  champion, she aims to move a step closer to becoming a world champion. On the opposite end of the SmartCage is the undefeated Cavalcanti, who came in at an even 155-pounds and hopes to earn the biggest win of her career in her US debut.

In the co-main event, Jackie Cataline of the United States takes on fellow American Camee Adams. Cataline, a decorated amateur wrestler, weighed-in at 153.6-pounds. Adams, who has won three of her last four bouts, weighed-in at 154.4-pounds.

The second bout of the night features Julia Dorny (153.8-pounds) of Germany facing Jeslen Mishelle (155.4-pounds) of the United States .

The opening bout of the night will see Michelle Montague (153.4-pounds) of New Zealand go head to head with Olivia Parker (155.2-pounds) of the United States.

PFL Challenger Series is available exclusively on Fubo Sports Network as part of a fuboTV subscription that includes more than 100 sports, news and entertainment channels.