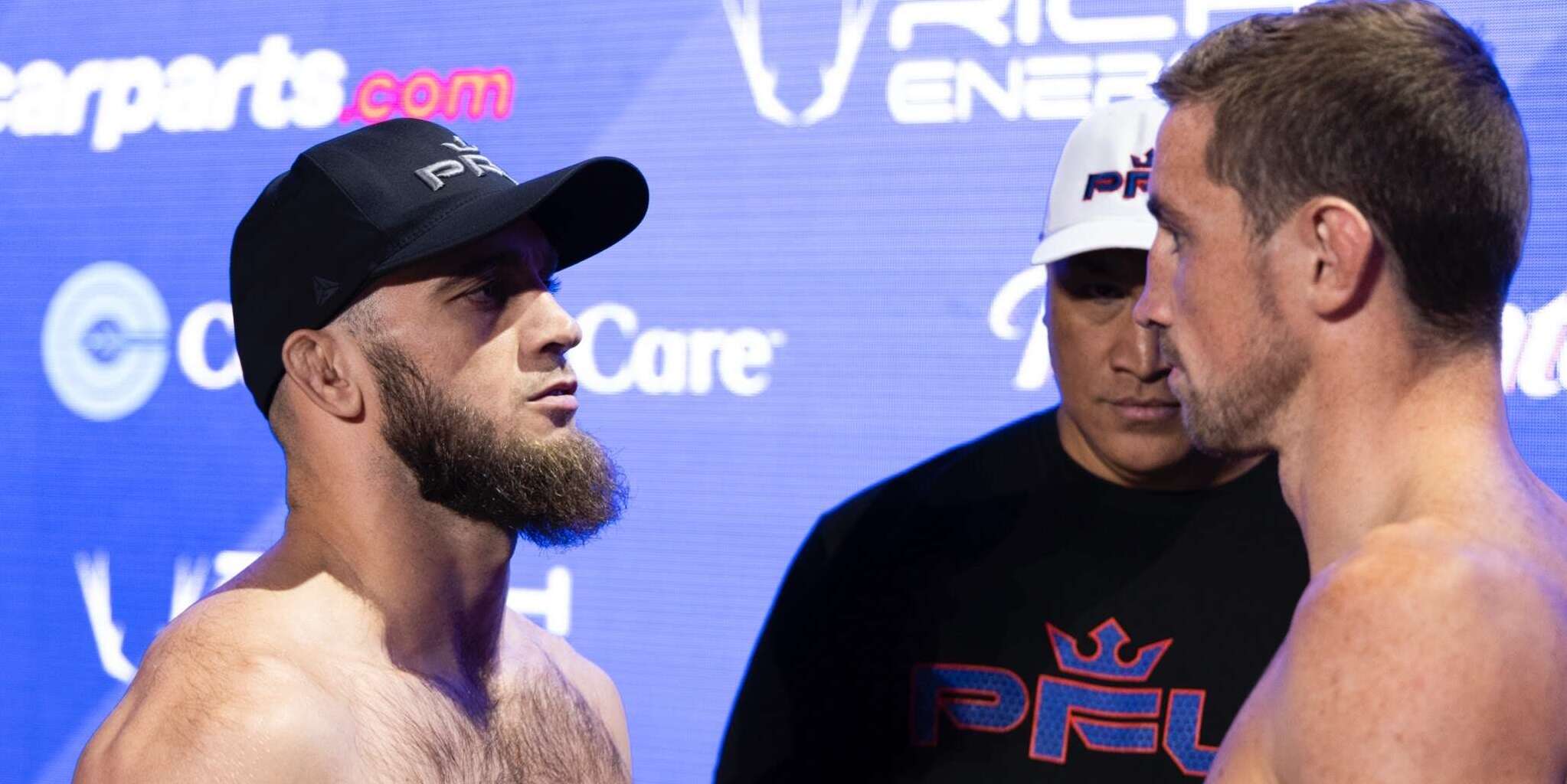 PFL’s third Playoff Event airs live this Friday, August 27 at 6:30 p.m. ET on ESPN+
(English and Spanish) with the action continuing on ESPN2 and ESPN Deportes
(Spanish) at 10 p.m. ET

HOLLYWOOD, FLORIDA - The Professional Fighters League, the fastest growing and most innovative sports league, held official weigh-ins for PFL Playoffs Featherweight and Light Heavyweight, as the 2021 PFL Playoffs wrap up before heading into the PFL World Championship next month. Headlining the card will be Brendan Loughnane taking on Movlid Khaybulaev in a featherweight semifinal fight.

Loughnane, who finished the Regular Season as the top-seed in the division, weighed in at 145.8-pounds. Currently riding a 7-fight winning streak, Loughnane looks to remain undefeated in the PFL as he faces unbeaten number 4-seed Movlid Khaybulaev, who also came in at 145.8-pounds.

On the other side of the featherweight bracket, number 2-seed Chris Wade, tipped the scales at 145.6-pounds, and will face number 3-seed Bubba Jenkins, who weighed in at 146-pounds in the Co-Main Event of the evening.