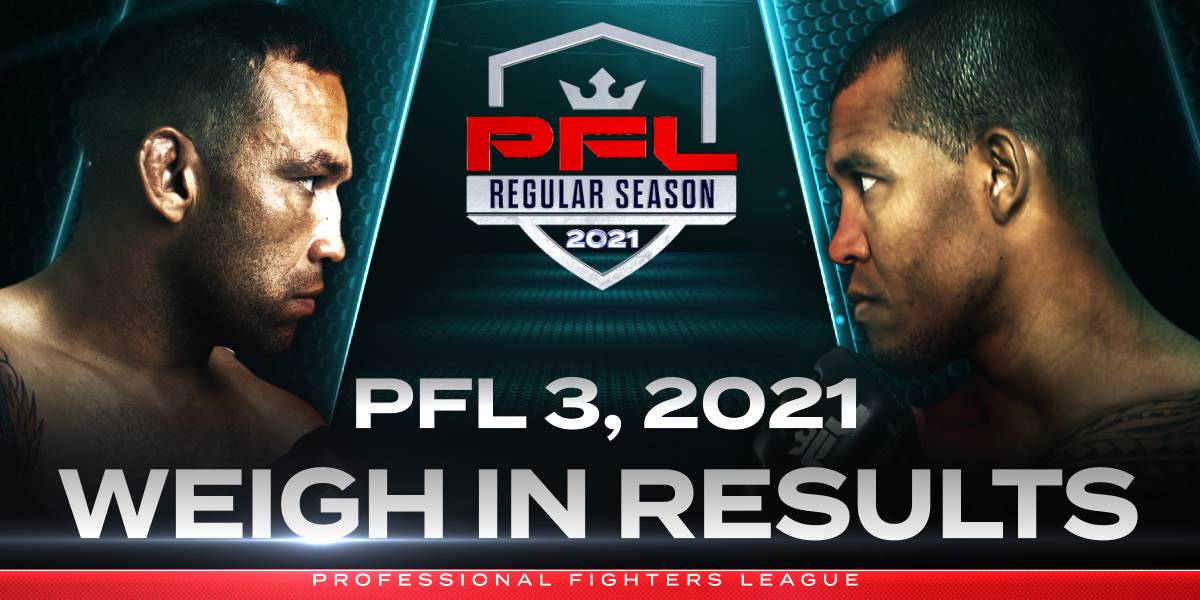 On Wednesday, May 5, the Professional Fighters League held the weigh-ins for its third event of the 2021 season from the Ocean Casino in Atlantic City, N.J.

The third fight card features the men’s heavyweight and women’s lightweight divisions. It includes the league debut of former UFC champion Fabricio Werdum, who takes on his fellow Brazilian Renan Ferreira. Werdum tipped the scales at 241.4 pounds, while Ferreira weighed in at 252 pounds for the pair’s main event tilt.

Returning women’s lightweight champion Kayla Harrison begins her journey toward a second straight championship when she meets Brazil’s Mariana Morais. Harrison hit the mark at 155.2 pounds, with Morais coming in at 153 pounds for her league debut.

A planned heavyweight match-up between Denis Goltsov and Justin Willis underwent a last-minute change after Willis was not medically cleared to compete. Stepping in for Willis is alternate Muhammed DeReese, who successfully made weight at 257.6 pounds.

The 10-fight card kicks off tomorrow night, May 6, with a preliminary card airing live on ESPN+ beginning at 5:30 p.m. ET. The remainder of the card will be broadcast on ESPN and ESPN Deportes starting at 7 p.m. ET.

Below are the full results of the event’s weigh-ins: