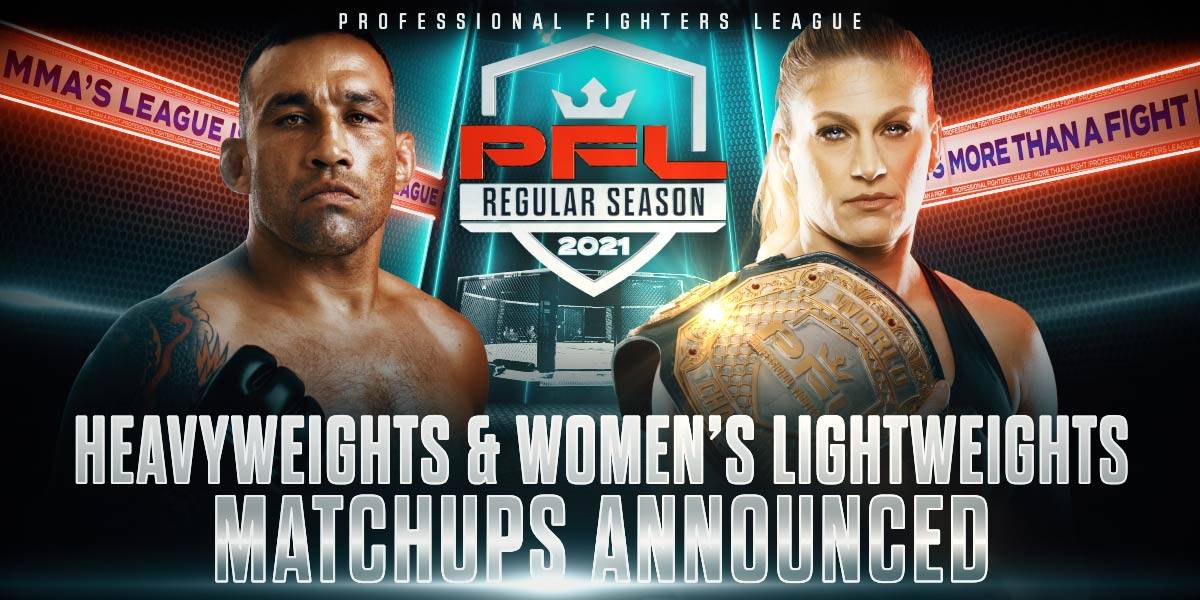 NEW YORK (March 9, 2021) –The Professional Fighters League (PFL), the fastest growing and most innovative sports league, today announced its main event and full card matchups for PFL 3, commencing on May 6. Fabricio Werdum, one of the greatest heavyweights in mixed martial arts history and a former UFC heavyweight champion, will make his PFL debut against the 6-foot-8 Brazilian Renan Ferreira. Werdum, who has fought numerous sports greats around the globe, will have his hands full with Ferreira, also known as “The Problema” when the two square off in a highly intriguing matchup.

The co-main event features two-time Olympic gold medalist and 2019 women’s lightweight champion Kayla Harrison, who will look to defend her throne in her second PFL campaign against Mariana Morais. Harrison, who is undefeated in her MMA career, is on a mission to be recognized as the best fighter on the planet. Morais, a young Brazilian, earned her spot on the PFL roster via the PFL International Qualifier Series and looks to carry that momentum in her promotional debut.

The undefeated 2019 PFL heavyweight champion, Ali Isaev, is not to be overlooked as he returns to the organization in search of back-to-back championships along with another million-dollar check when he faces off with a highly talented newcomer, Hatef Moeil. Isaev, a former Olympic wrestler, holds a perfect record of 9-0 and looks to bring another title back to Russia. Moeil, also known as “Boss”, enters his PFL debut on a six-fight winning streak and will immediately be put to the test as he looks to make a name for himself this season.

Kickboxer Genah Fabian returns to the PFL for her second season with her sights clearly set on Kayla Harrison and the 2021 title. The New Zealand native, who trains out of City Kickboxing alongside UFC champions Israel Adesanya and Alexander Volkanovski, has high hopes after making the full time transition to MMA in 2019. She will face organizational newcomer Laura Sanchez, who trains with fellow PFL fighter Anthony Pettis in Milwaukee, Wisconsin.

“PFL 3 is setting itself up to be a spectacular event for fans and fighters,” said PFL CEO, Peter Murray. “The matchups showcase superior talent, and we can’t wait to watch it all unfold come May 6 on ESPN and ESPN+. We look forward to providing our fans with world-class MMA content, a revolutionary experience, and nonstop action all season long.”

“As a league that takes enormous pride in its matchups and high-caliber talent, we can’t wait for PFL 3 on May 6,” said PFL President of Fighter Operations, Ray Sefo.  “The heavyweights and women’s lightweights are sure to put on a show and we cannot wait to watch these matchups live in action.”