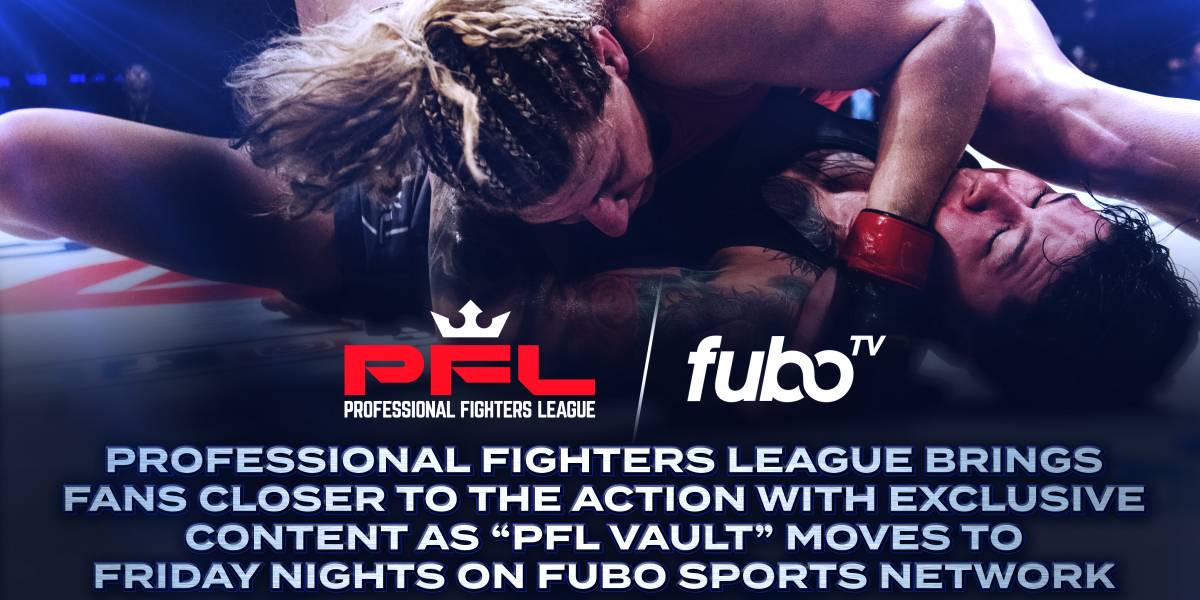 NEW YORK (March 18, 2021) — The Professional Fighters League (PFL), the fastest growing and most innovative sports league, announced today that “PFL Vault” will now be streaming on Friday nights at 9 p.m. ET across fubo Sports Network, the live, free-to-consumer TV network featuring sports stories on and off the field.

The hour-long program features archival footage specially curated from PFL Studios, showcasing the league’s efforts to engage with fans year-round given the unique sport-season format of the PFL schedule. fubo Sports Network moved “PFL Vault” to its primetime schedule on Friday nights given its strong performance across the platform on Wednesdays as the staple within fubo’s combat sports weekly programming.

“There’s a strong demand from MMA fans for a consistent flow of new content and our partnership with fubo Sports Network is boosting our presence in key markets,” said PFL CEO, Peter Murray. “They’ve been a great distribution partner and our highlight driven footage will get fans even more excited for our return on April 23 and throughout the season.”

PFL Studios is a fully integrated global media division of the PFL producing original MMA content for all platforms including television, digital and mobile. Ten programmatic series were developed over the course of 2020, diving into the untold stories behind some of the most captivating moments in the league’s history, and PFL Studios will unveil more thrilling, never-before-seen content over the course of this year.

Professional Fighters League has quickly established itself as the No. 2 MMA company in the world. With the addition of world-class talent – from elite fighters to established business executives – and partnering with industry-leading brands such as Anheuser-Busch InBev, GEICO, CarParts.com and Socios, the PFL continues to accelerate its global expansion. Sports fans across more than 160 countries around the world will be able to tune in to the league’s highly anticipated return on April 23 in Atlantic City, NJ.