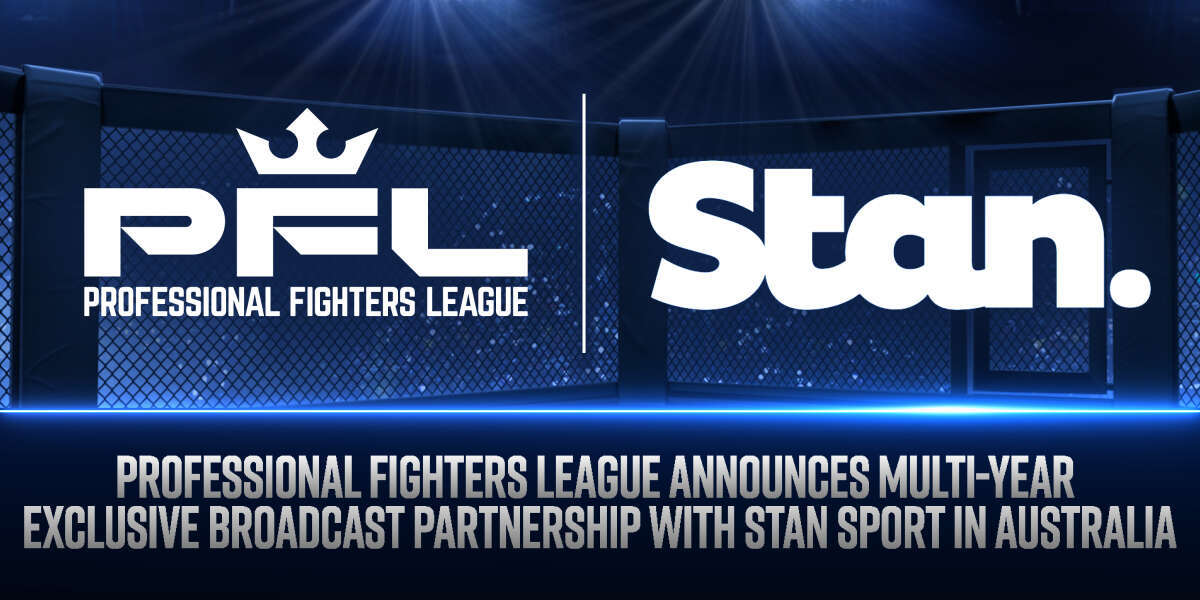 Through the partnership, Stan Sport will bring MMA fans exclusive PFL content including archival season footage from 2019-2021 and original content from PFL Studios.

PFL Featherweight fighter Aaron Blackie, an Australian native, will make his PFL debut at the inaugural PFL Challenger Series on March 11 as he looks to earn a 2022 PFL Regular Season contract.  Additionally, Light Heavyweight Robert Wilkinson and Heavyweight Sam Kei will both make their PFL debuts during the 2022 Regular Season. Wilkinson, a native of Tasmania, is known for his finishing abilities with 12 of his 13 wins coming by way of stoppage, and will look to continue his dominance in pursuit of the $1 million championship purse. Kei, a tantalizing prospect, enters the PFL Regular Season riding a two-fight win streak. All three fighters will carry their nation's pride into the PFL SmartCage while taking aim at the $1 million dollar champions prize on a global stage.

“The Professional Fighters League is proud to announce our multi-year broadcast partnership with Stan Sport in Australia beginning with the inaugural PFL Challenger Series this February,” said PFL CEO Peter Murray. “Australia is one of the fastest-growing MMA markets in the world and Stan Sport is the perfect partner to deliver our innovative products and live year-round programming schedule to the fans.”

“Our exclusive new partnership with the PFL will bring Australian MMA fans a world-class competition on Stan Sport,” said Stan Acting Chief Executive Officer Martin Kugeler. “The PFL features some of the biggest names in MMA, with some trailblazing Aussie fighters joining the League in 2022. MMA is one of the fastest growing sports in Australia. The pedigree of the PFL’s roster combined with the League’s extraordinary production quality, will make it a key pillar in our combat sports offering.”

Following a breakthrough year that saw 100 percent audience growth, PFL has accelerated its momentum in the early part of 2022 with a multi-year renewal with ESPN, generating widespread buzz around the upcoming Challenger Series on Fubo Sports Network, and adding several leading brands to its blue-chip sponsorship portfolio.

Professional Fighters League is the No. 2 MMA company globally and features an elite talent roster with 25 percent of its fighters independently ranked in the top-25 of the world, including 2021 PFL champions Ray Cooper III and Movlid Khaybulaev. PFL has live event coverage in 160 countries on leading distribution platforms and delivers a unique, innovative product to the more than 600 million MMA fans globally.