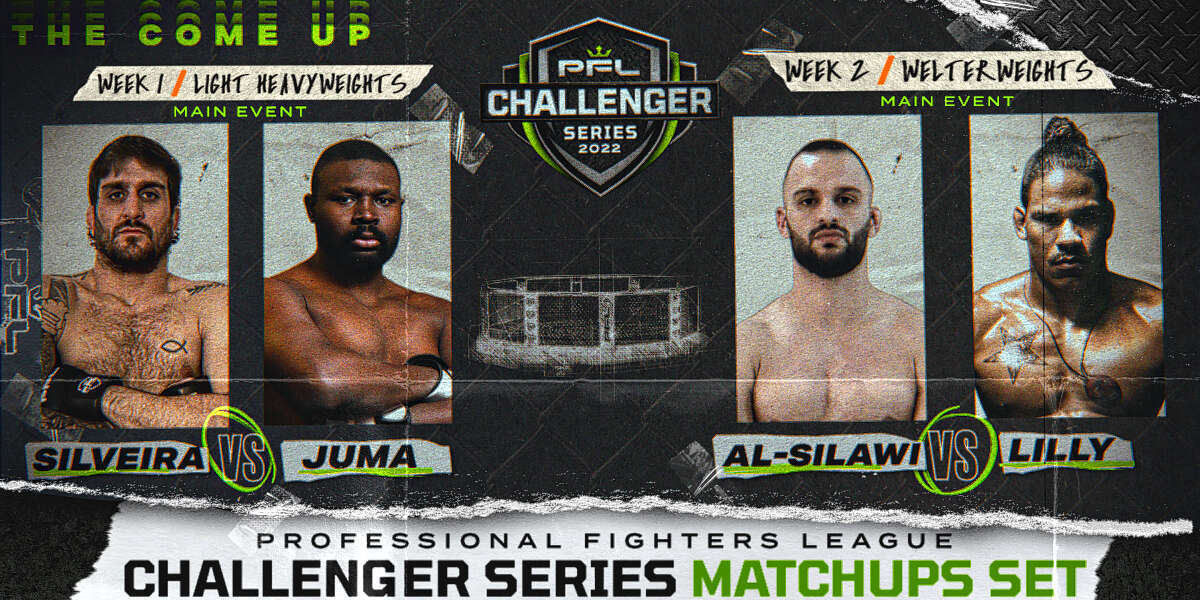 The PFL Challenger Series is a platform in which MMA fighters with elite fighting pedigree square off in a series of high performance events with the ultimate quest being the PFL podium for a million dollar prize as a PFL rostered fighter. The PFL continues to innovate the sport of MMA by expanding opportunities for exceptional fighters from around the globe. More than 500 MMA managers and trainers submitted applications on behalf of fighters with the most significant accolades in a mixed martial art discipline to compete in the PFL Challenger Series. Only 56 fighters were selected by PFL for this unique series.

On February 18, the light heavyweight card will be headlined by LFA double-champion Josh Silveira will face off with South Sudanese brawler Mohamed Juma in what is expected to be an action-packed affair. Germany’s Alexander Poppeck will matchup with American Taylor Johnson in a battle of finishers.

One week later, February 25, Jordan’s Jarrah Al Silawi will bring his talents to North America for the first time when he meets American striker Michael Lilly. Dilano Taylor and Mark Martin, both American wrestlers will duel in a match of top 170-pound prospects.

“It has been a great experience for myself and our team as we went in search of the best fighters from all over the world,” said Ray Sefo, PFL President of Fighter Operations. “We are proud of the roster of elite fighters that will be on display starting Feb. 18 when our light heavyweights step into the cage. I am very excited to see these amazing athletes square off for this life-changing opportunity. And then we’re going to do it all over again, one week later, with the welterweights.”

PFL is primetime in the U.S on ESPN and ESPN+ and was broadcast and streamed live worldwide last year to 160 countries with partners including RMC Sport, FPT, Sky Sport, and more. The PFL roster is world-class, with 25% of PFL fighters independently ranked in the top 25 in the world. The PFL proprietary SmartCage data and analytics platform powers real-time betting and provides next-gen viewing experience.
PFL has over two-dozen blue-chip brand sponsors such as Anheuser-Busch, IBM, GEICO, DraftKings, Bose, Socios.com, Air Force Reserve, US Marine Corps, and more. PFL is backed by major investors including Ares Capital, Luxor Capital, Elysian Park Ventures, Swan Ventures, Knighthead, Legends, and several NBA, MLB, and NHL team owners.