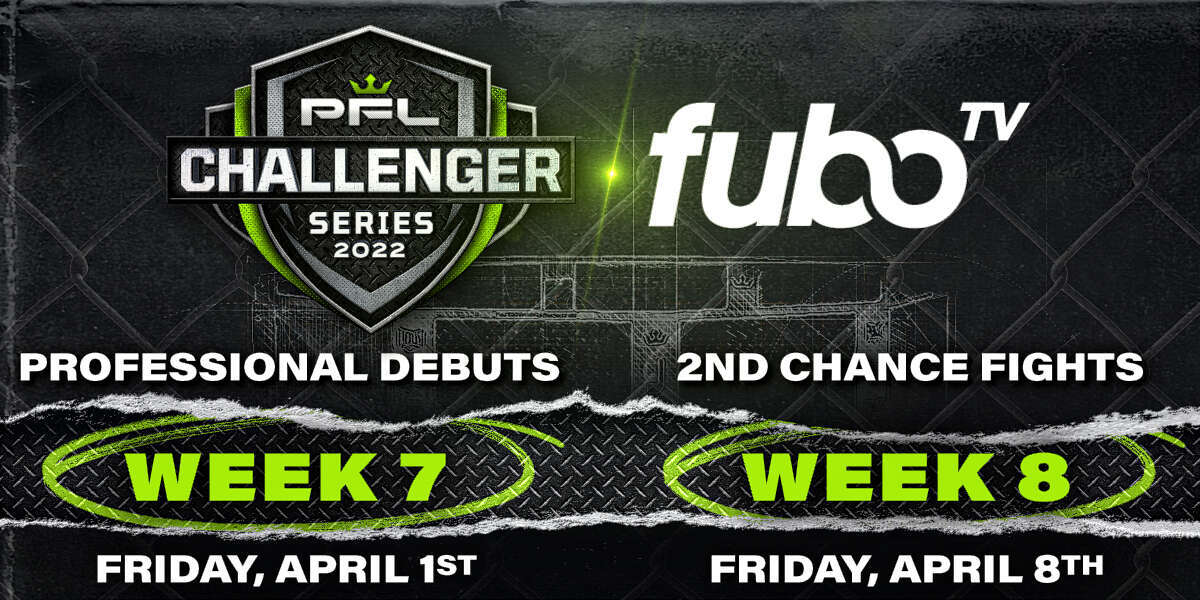 NEW YORK (March 9, 2022) – The Professional Fighters League (PFL), the fastest growing and most innovative sports league, today announced that the PFL Challenger Series will feature a full card of top athletes making their MMA debut on Friday, April 1 at 9 p.m. ET from Universal Studios in Orlando, FL. The event will air exclusively on fuboTV.

The PFL Challenger Series is a platform in which MMA fighters can earn a PFL contract and an opportunity to compete in the PFL Regular Season. The PFL continues to innovate the sport of MMA by expanding opportunities for exceptional fighters from around the globe.

More than 500 fighters from around the globe sought glory in the inaugural PFL Challenger Series, while only 8 fighters, one per week, will earn PFL Season or developmental contract.

“The Professional Fighters League prides itself on innovation and finding the best fighters from around the world.” said Ray Sefo, President of Fighter Operations of PFL. “We are excited to present an entire PFL Challenger Series card to MMA fighters making their professional debuts. At the PFL we pride ourselves on looking to the future of the sport, the future steps into the SmartCage on April 1.”

The Challenger Series continues April 1 with a slate of fighters making their professional MMA debuts. Atop the card sits a matchup between Andrija Stankovic from Serbia and American Louis Brewington. Stankovic, who has an extensive background in kickboxing, will begin his transition to professional MMA against Brewington, a grappler who compiled a four-fight win streak to close out his amateur career.

Christian Turner is a highly regarded lightweight prospect out of Atlanta’s American Top Team affiliate. He will face off with Cuban Chayanne Serrano who fights out of South Florida. Both men sport impressive amateur resumes with Turner posting a perfect 4-0 record and Serrano a stellar 6-1 mark.

Viewers watching the PFL Challenger Series can also interact with the debut athletes' live competitions through fuboTV’s popular predictive, free-to-play games to earn points and compete for a cash prize. During the bouts, fans can answer predictive questions about the action all on one screen using their remote control. Fubo Sportsbook, now live in Iowa and Arizona, is also the exclusive gambling sponsor of the PFL Challenger Series.

PFL Challenger Series is available exclusively on Fubo Sports Network as part of a fuboTV subscription that includes more than 100 sports, news and entertainment channels.