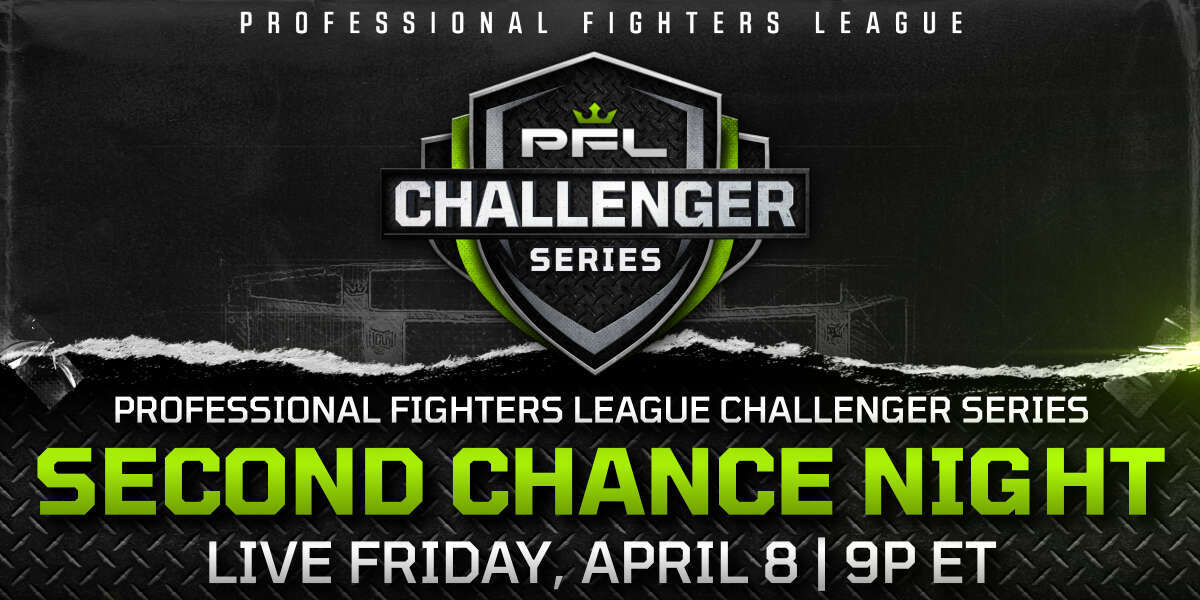 The Professional Fighters League (PFL), the fastest growing and most innovative sports league, is set for Week 8, the final installment of the 2022 PFL Challenger Series. The slate of eight events is being held at Universal Studios in Orlando, FL. The PFL Challenger Series is airing on Fubo Sports Network, the live, free-to-consumer TV network from sports-first live TV streaming platform fuboTV Inc. (NYSE: FUBO).

PFL Challenger Series “Second Chance Night” airs live on Friday April 8 at 9 p.m. ET with four bouts headlined by Brazilian welterweight Carlos Leal, fresh off his dominating win in his first Challenger Series bout, who will take on Chris Brown out of Albuquerque’s famed Jackson-Wink camp. Leal (15-3) dispatched Korey Kuppe in devastating fashion in a 56-second TKO win in February. He’ll be back looking for a second chance to earn a coveted PFL contract. Brown (8-3) has rattled off three consecutive wins in LFA and has put himself in position to take the next step in his career. A win over the highly regarded Leal could punch his ticket to the PFL.

British light heavyweight Simeon Powell made the jump to professional MMA in 2021 and he did it in spectacular fashion. The 23-year-old Powell (4-0) racked up four stoppage wins beginning with his debut in August and capped off the year with a first-round flying knee KO in December. He’ll be taking on Oregonian Tobias Baker (2-1) who has a pair of first round KO’s on his resume.

Jackie Cataline and Jeslen Mishelle both put on spectacular performances last month but did not hear their names called when the PFL contract was handed out at the end of Challenger Series 3. They are both back looking to secure a spot on the roster and fireworks are expected. Cataline (1-0) is a dominant wrestler who competed in the Olympic trials before turning her attention to MMA. Her first-round stoppage by rear naked-choke of Camee Adams showcased her grappling ability and she’ll be looking to demonstrate she is ready for the spotlight when she steps back into the cage for her second bout. Mishelle (1-0) dispatched the more experienced Julia Dorny by first round knockout.

Australia’s Aaron Blackie (8-2) will match up with Lebanon’s Ali Zebian (7-2) in a featherweight bout that will round out the card.

Beyond the fights, confirmed in-studio celebrity panelists for this event include two-time Super Bowl Champion and NFL Hall-of-Famer Ray Lewis and MMA world champion Tyron Woodley. World renowned recording artist Wiz Khalifa will join the panel remotely. Fans will also have their voice heard, with an unprecedented voting feature to highlight who they believe should get this week’s contract.

PFL Challenger Series is distributed live, outside the United States. Check here to find out how to watch.