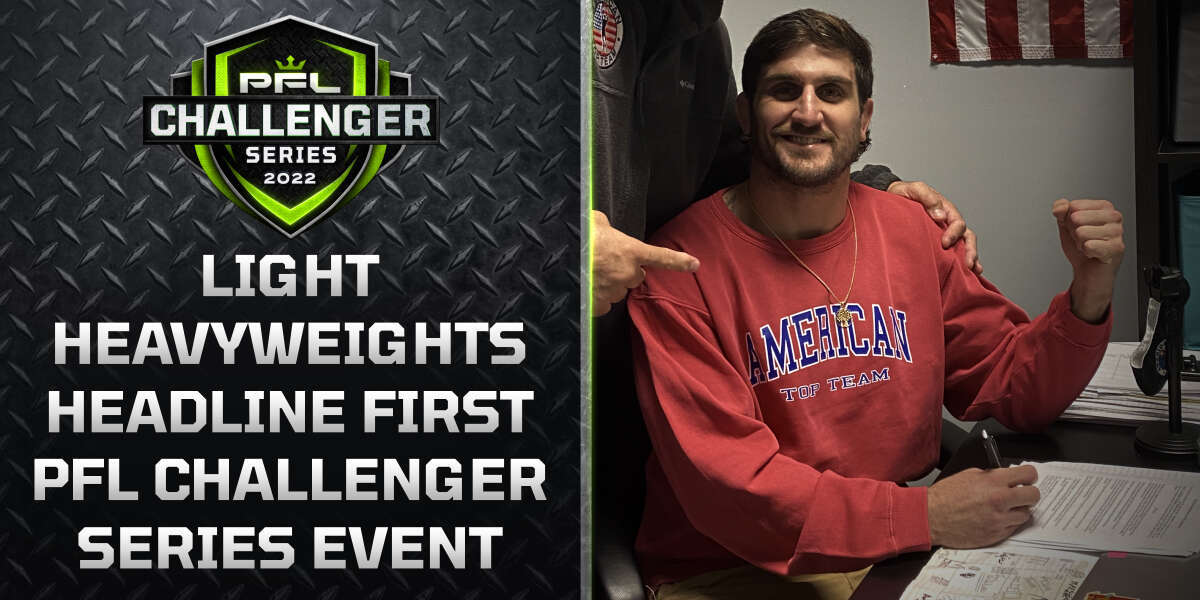 “The Challenger Series is a first-of-its-kind MMA competition where elite athletes from all across the world  with unique backgrounds and experiences appear on one of the most prominent stages in MMA today.  Ray Sefo, President of Fighter Operations of PFL stated, “I’m excited to get to Orlando to evaluate these talented athletes who will put it all on the line in front of our panel of combat sports legends and global icons to live out their dreams of becoming a world champion.” The PFL Challenger Series presents MMA fighters with elite fighting pedigree to square off in a series of high performance events with the ultimate quest being the PFL podium for a million dollar prize as a PFL rostered fighter. The PFL continues to innovate the sport of MMA by expanding opportunities for exceptional fighters from around the globe. More than 500 MMA managers and trainers submitted applications on behalf of fighters with the most significant accolades in a mixed martial art discipline to compete in the PFL Challenger Series. Only 56 fighters were selected by PFL for this unique series.

The inaugural PFL Challenger Series event will feature the 205-pound light heavyweight division and will include LFA double champion Josh Silveira, one of the most highly sought-after prospects in the sport. Silveira (7-0), is the son of MMA pioneer and American Top Team co-founder Conan Silveira and was coveted by every major MMA organization in the world. He chose the Challenger Series to showcase his MMA abilities in expanding to the forefront of the PFL stage.

Germany’s Alexander Poppeck (12-3) is another exceptional fighter hunting down the world stage. The Munich native enters the Challenger Series on a three-fight win streak that includes a pair of first round TKO victories. “Ironside” specializes in kickboxing and Muay Thai.

Mohamed Juma hails from the newest country in the world, South Sudan, and he is looking to put his nation on the MMA map. Juma (8-2) enters the Challenger series on an eight-fight win streak. The South Sudanese power puncher will be making his American debut.

Fubo Sports Network is fuboTV’s linear TV network dedicated to featuring sports stories on and off the field. Fans can stream Fubo Sports Network for free on LG Channels, Samsung TV Plus, The Roku Channel, Vizio Channels, Sports on Tubi, Plex, Hisense Smart TVs, and XUMO or as part of fuboTV’s subscription packages of 100+ sports, news and entertainment channels.

PFL is primetime in the U.S on ESPN and ESPN+ and was broadcast and streamed live worldwide last year to 160 countries with partners including RMC Sport, FPT, Sky Sport, and more. The PFL roster is world-class, with 25% of PFL fighters independently ranked in the top 25 in the world. The PFL proprietary SmartCage data and analytics platform powers real-time betting and provides a next-gen viewing experience.