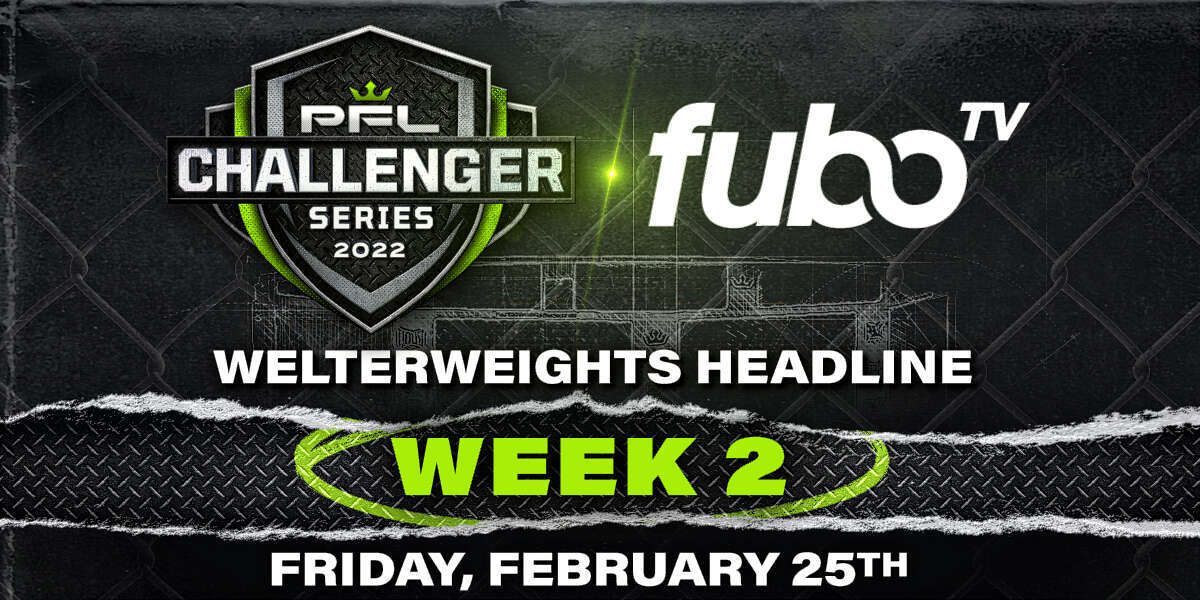 The PFL Challenger Series is a platform in which MMA fighters with elite fighting pedigree square off in a series of high performance events with the ultimate quest being the PFL podium for a million dollar prize as a PFL rostered fighter. The PFL continues to innovate the sport of MMA by expanding opportunities for exceptional fighters from around the globe. More than 500 MMA managers and trainers submitted applications on behalf of fighters with the most significant accolades in a mixed martial art discipline to compete in the PFL Challenger Series.  Only 56 fighters were selected by PFL for this unique series.

“Welterweight is always one of the most exciting divisions in the league,” said Ray Sefo, President of Fighter Operations of PFL. “I cannot wait to see what these unbelievably talented and hungry fighters bring to the SmartCage.

Top Jordanian fighter, Jarrah Al Silawi headlines the talented crop of welterweights poised to square off with a career altering opportunity on the line. Al Silawi (16-3) is the BRAVE CF super welterweight champion. He comes into the league having won 11 out of 12 fights.

Grappling fans will know Lucas Barbosa, the Brazilian jiu-jitsu ace will begin his transition to MMA when he steps back into the cage after almost 10 years. At just 29 years of age, “Hulk” is an intriguing crossover star who is looking to establish himself as a top MMA fighter. Barbosa is 2-1 in his three fights.

Another Brazilian, Carlos Leal (14-3), a 17-fight veteran, is the LFA welterweight champion and a legitimate threat to anyone when he steps inside the cage. Americans Dilano Taylor (7-1), Michael Lilly (7-6) and Troy Green (4-1) will be joined by Haiti’s Socrates Pierre (12-6) to round out the welterweight slate.

PFL is primetime in the U.S on ESPN and ESPN+ and was broadcast and streamed live worldwide last year to 160 countries with partners including RMC Sport, FPT, Sky Sport, and more. The PFL roster is world-class, with 25% of PFL fighters independently ranked in the top 25 in the world. The PFL proprietary SmartCage data and analytics platform powers real-time betting and provides next-gen viewing experience.
PFL has over two-dozen blue-chip brand sponsors such as Anheuser-Busch, IBM, GEICO, DraftKings, Bose, Socios.com, Air Force Reserve, US Marine Corps, and more. PFL is backed by major investors including Ares Capital, Luxor Capital, Elysian Park Ventures, Swan Ventures, Knighthead, Legends, and several NBA, MLB, and NHL team owners.