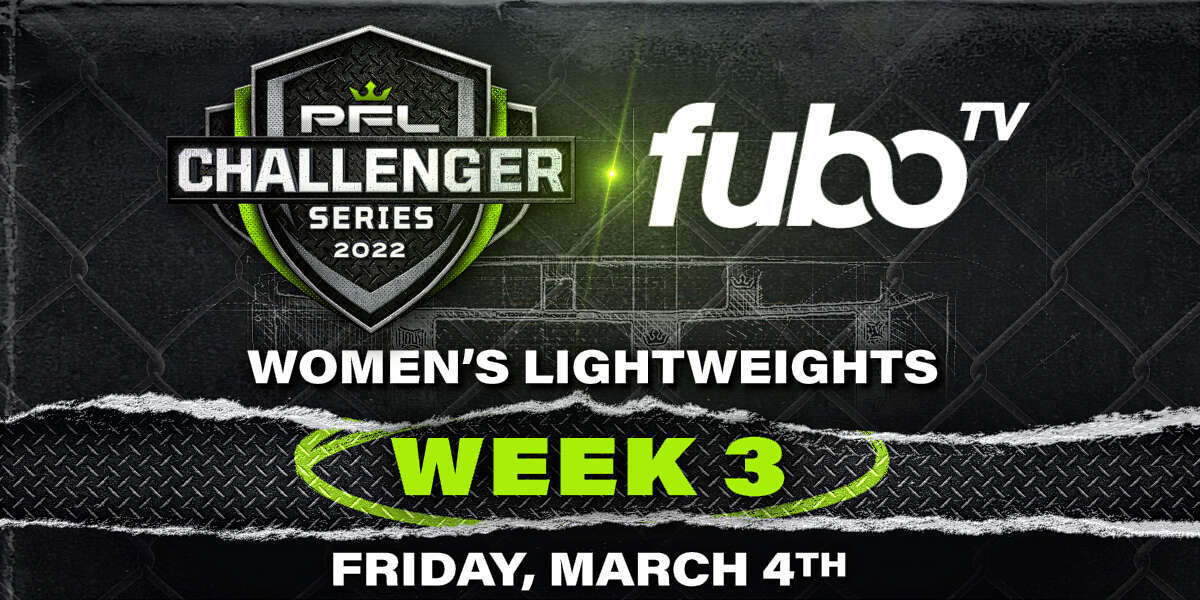 “On March 4th the women take center stage in The PFL Challenger Series and we couldn’t be more excited,” said Ray Sefo, President of Fighter Operations of PFL. “We have seen the women in MMA take the leap into the main event. The PFL is a meritocracy and we cannot wait to further show the world what our women can do in the SmartCage”

French Olympic wrestler Cynthia Vescan is slated to make her professional debut. She was a member of the French team that competed in London in 2012. She is a two-time bronze medal winner in the European Championships in 2018 and 2021.

American wrestler Jackie Cataline Surber will also be in action and looking to show she belongs among the top women’s lightweights in the world. The former Olympic trials competitor and former Pan American champion will be a force to be reckoned with.

Germany’s Julia Dorny (2-0) comes to the PFL off of a pair of TKO victories. She has a history in Judo and is the 2018 IMMAF world champion. She is also a television journalist and anchor in her spare time.

Michelle Montague spent most of 2021 in South Florida as a sparring partner for a pair of women’s MMA royalty, the PFL’s Kayla Harrison and UFC’s Amanda Nunes. the Kiwi is a former IMMAF champion and was a member of the New Zealand wrestling team. Her home gym is City Kickboxing, home to champions Israel Adesanya and Alexander Volkanovski. She will be making her professional debut.

The women’s division will also include the Czech Republic’s Martina Jindrova (3-1), Jacqueline Cavalcanti (2-0) from Portugal and Americans Jeslen Mishelle (0-0) and Olivia Parker (4-2).

Viewers watching the PFL Challenger Series can also interact with the women’s lightweight live competition through fuboTV’s popular predictive, free-to-play games. During the bouts, fans can answer predictive questions about the action all on one screen using their remote control. Fubo Sportsbook, now live in Iowa and Arizona, is also the exclusive gambling sponsor of the PFL Challenger Series.