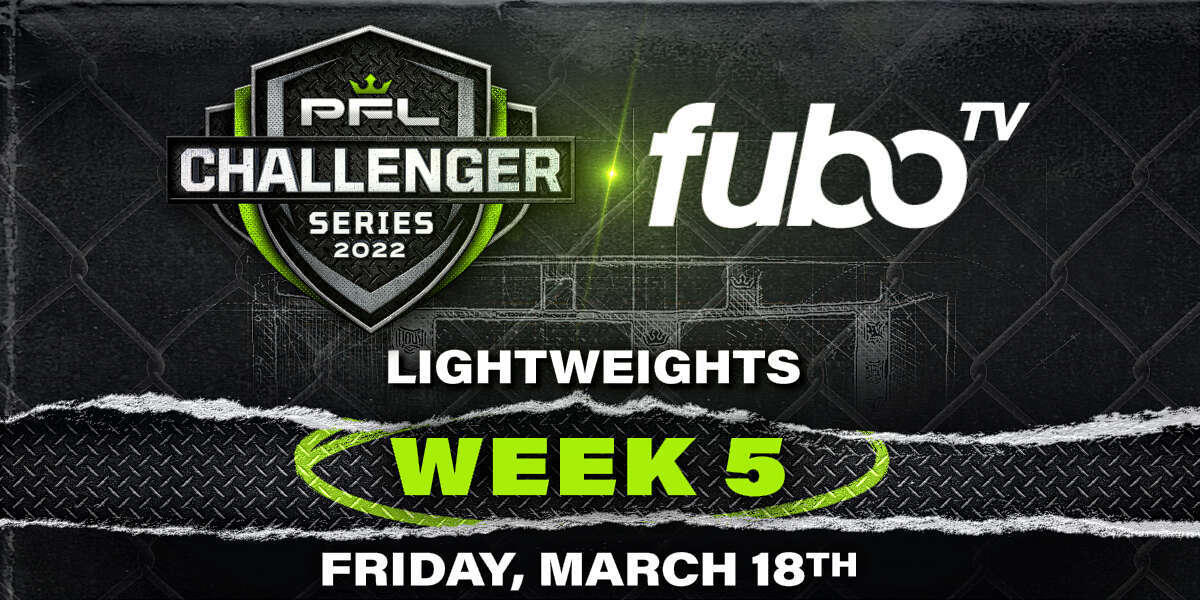 “We could not be more excited about the lightweight talent entering the inaugural PFL Challenger Series,” said Ray Sefo, President of Fighter Operations of PFL. “When the lightweights square off, with a potential PFL roster spot up for grabs, on March 18 MMA fans are guaranteed action and excitement.”

Brazilian ace Bruno Miranda will take on American Carson Frei in a matchup of well-rounded fighters. Miranda has fought around the world boasting a 13-3 record and brings a four-fight winning streak to the Smartcage. Frei (9-4) is coming off of an impressive first round win, his third in four fights. The Oregon native will look to impress in hopes of making the jump to the 2022 PFL Season.

Damir Ferhatbegovic is the Valor FC lightweight champion and he is looking to make the jump to the big show. The “Bosnian Barn Cat” claimed the title with a second round knockout this past June to run his record to 5-2-1. He will face his toughest challenge to date when he steps into the cage with City Kickboxing product BJ Bland. Bland (16-10) has a wealth of experience and trains with top fighters like Israel Adesanya and Alexander Volkanovski.

Michael Dufort (8-4) is a training partner of Olivier Aubin-Mercier and is looking to make a mark of his own by joining his friend in the PFL lightweight division. The Canadian is a finisher with all eight of his wins coming by way of stoppage while three of his defeats have come by split-decision. He’ll take on hard-hitting Armenian Arut Pogosian out of the talent-laden Elevation Fight Team in Colorado. Pogosian (9-3) comes in on a three-fight win streak, two by way of first round knockout.

Israeli newcomer Yanal Ashmoz is set to take on American Dennis Hughes to round out the lightweight slate. Ashmoz (6-0) sports a spotless record with five straight finishes including four knockouts. Hughes (7-3) is a Mississippi native who enters the Challenger Series on a three-fight winning streak of his own. Of his seven wins, only one opponent has made it to the final bell. He has been an equal opportunity finisher with three submissions and three knockouts.

Viewers watching the PFL Challenger Series can also interact with the lightweight live competition through fuboTV’s popular predictive, free-to-play games to earn points and compete for a cash prize. During the bouts, fans can answer predictive questions about the action all on one screen using their remote control. Fubo Sportsbook, now live in Iowa and Arizona, is also the exclusive gambling sponsor of the PFL Challenger Series.