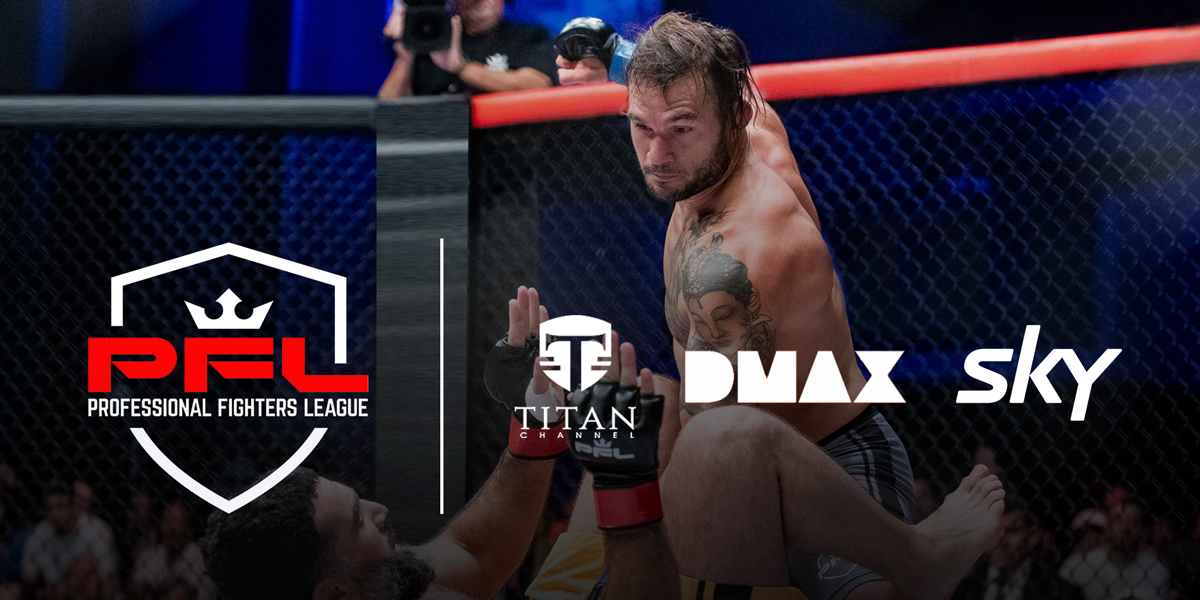 NEW YORK (November 24, 2020): Professional Fighters League (PFL), the fastest growing and most innovative league in the world, today announced that key international broadcast partners will be expanding coverage of the league for the upcoming 2021 season. PFL is the first organization ever to present MMA through a Regular Season, Playoffs and Championship format, which combined with a global roster of fighters representing 25 countries, has resonated internationally. PFL is distributed to more than 160 countries worldwide via a global network of premier sports partners.

“MMA is the fastest growing sport in the world, with more than 450 million fans who want to consume more premium MMA content,” said Peter Murray, CEO of the PFL. “Expanded partnerships with Titan Channel, Sky New Zealand, Digi Communications N.V. and others are reflective of the incredible demand for MMA and the PFL, and will only continue to grow the sport. Our season format, international fighter roster of top talent from around the world, and differentiated product appeals to a global audience, and we look forward to going deeper with our storytelling in key markets outside the United States.”

Titan Channel is the first OTT platform in Spain dedicated to combat sports. Since its 2016 debut, Titan Channel has expanded distribution to 60 countries and most recently launched Titan Channel HD in partnership with cable-operators across Latin America, bolstering its reach in Spanish speaking countries such as Argentina, Panama, Colombia, Honduras, Paraguay, Bolivia, El Salvador, Guatemala, Puerto Rico and Nicaragua.

Digi Communications N.V., which is based in Romania, reaches more than 8.4 million homes in the greater Romania and Hungary region and will deliver PFL action to fans in the Czech Republic.

The PFL’s 2021 season begins on April 23, with the Regular Season continuing on April 29, May 6, June 10, June 17 and June 25. The 2021 season features the return of Emiliano Sordi, the first MMA champion hailing from Argentina, Nathan Schulte, a two-time PFL champion from Brazil and newcomer Fabricio Werdum, one of the top heavyweights of all time, also hailing from Brazil.

The latest list of PFL global distributors can be found at https://www.pflmma.com/watch.

The Professional Fighters League (PFL) presents MMA for the first time in the sport-season format where individual fighters control their own destiny, competing in a Regular Season, Playoffs, and Championship for a million-dollar prize. PFL’s differentiated format and exciting fights sparked breakout growth for the league. PFL events are broadcast live in primetime on ESPN2 and ESPN+ in the United States and distributed to 160 additional countries around the world on premium sports networks.