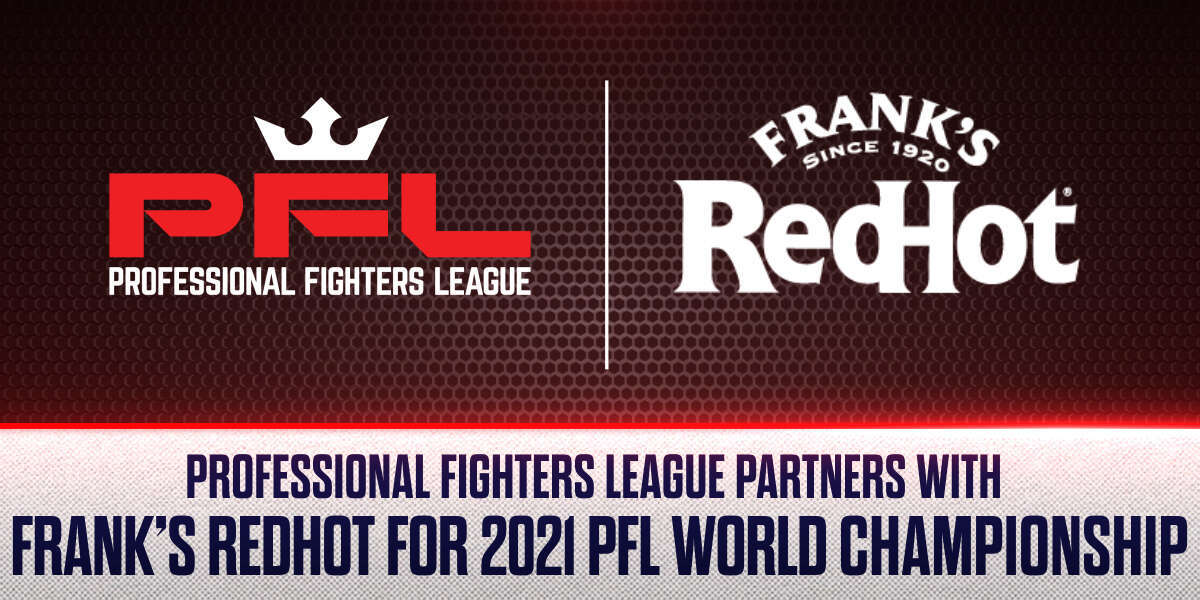 ​​PFL World Championship is Live in Primetime on Wednesday, October 27 on ESPN+ and ESPN Networks

NEW YORK (October 25, 2021) - The Professional Fighters League (PFL), the fastest growing and most innovative sports league, today announced a partnership with Frank’s RedHot to be a presenting sponsor of the final two fights and preview show for the 2021 PFL World Championship taking place at 8 p.m. ET on Wednesday, October 27 on ESPN2 and ESPN+. In the two main cards of the biggest night in MMA, two-time Olympic gold medalist Kayla Harrison takes on Taylor Guardado in the women’s lightweight final, while Ray Cooper III and Magomed Magomedkerimov face off for the welterweight division championship.

The partnership also includes Frank’s RedHot branding in and around the PFL SmartCage at Seminole Hard Rock Hotel & Casino in Hollywood, Florida, as well as social content including pre-championship highlights and soundbites from the event.

The PFL World Championship features the remaining two fighters across all six weight classes who look to etch their name in PFL history as world champions and capture the $1 million grand prize.

“The PFL World Championship is the biggest night in MMA, and we’re excited to have Frank’s RedHot as a partner to help spotlight our world-class athletes,” said PFL CEO Peter Murray. “Our card features Olympic gold medalists and world champions, and fight fans won’t want to miss any of the action on October 27 in primetime on ESPN.”

Professional Fighters League has quickly established itself as the No. 2 MMA company in the world. With the addition of world-class talent – from elite fighters to established business exec-utives – and partnering with industry-leading brands such as Anheuser-Busch InBev, GEICO, DraftKings, BetMGM, Upper Deck, CarParts.com and Socios, the PFL continues to accelerate its global expansion.