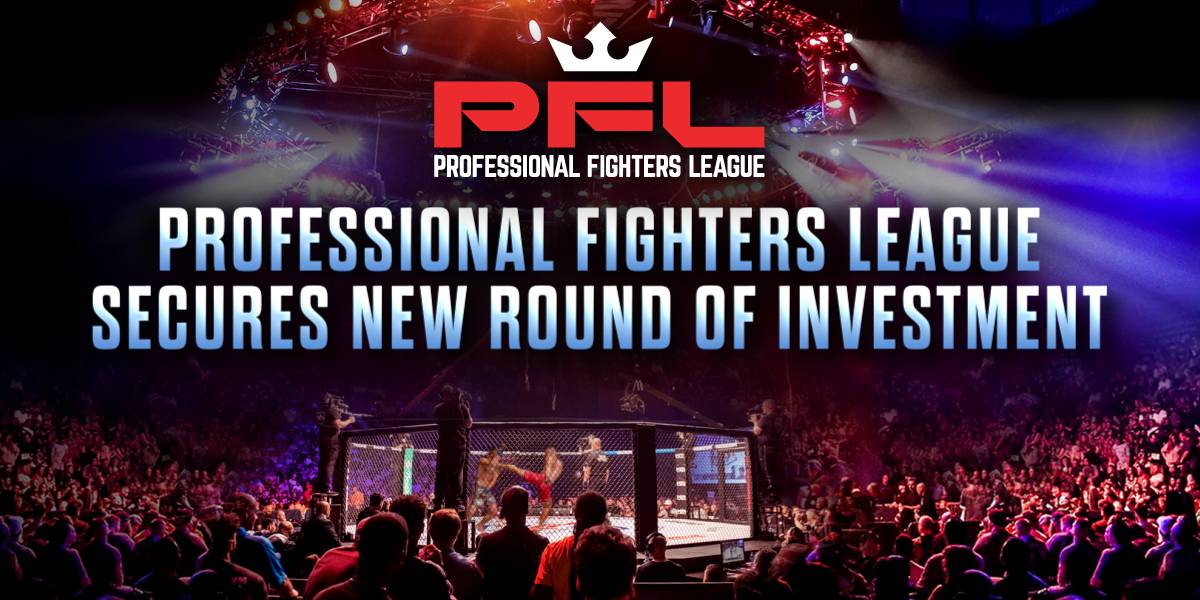 NEW YORK (Feb. 18, 2021) - The Professional Fighters League (PFL), the fastest growing and most innovative sports league, today announced the completion of a $65 million financing round, bringing total funding of the company to $175 million. The new investment capital raised in this round from leading firms will accelerate PFL’s momentum, innovation, and growth as it builds off its strong foundation as the No. 2 MMA company worldwide.

The $65 million institutional financing round was led by Ares Capital, Elysian Park Ventures, and Knighthead Capital. PFL is home to one of the best investor groups in sports, consisting of two dozen media, sports, and business leaders and influencers, including Ted Leonsis, Brandon Beck, Mark D. Lerner, Mark Burnett, Debra A. Cafaro, and Kevin Hart.

“PFL is the disruptive company in the massive and underserved MMA market, and this new capital will fuel our aggressive growth from the No. 2 worldwide market position the company has quickly secured,” said PFL Chairman and Co-Founder, Donn Davis.

PFL is the leading innovator in MMA for the benefit of fans and fighters. PFL’s sport-season format brings transparency and meritocracy to MMA, as individual fighters compete in a Regular Season, Playoffs, and Championship.  PFL’s on-screen product uniquely engages fans with real-time fighter data such as punch impact and kick-speed via its proprietary SmartCage technology.

The PFL fighter roster is world-class with 25 percent of its fighters ranked in the top 25 of their weight class. The PFL 2021 roster is stocked with must-see fighters, including returning champions Kayla Harrison, Lance Palmer, and Ray Cooper III as well as new stars including former UFC champions Anthony Pettis and Fabricio Werdum alongside former Bellator champion Rory MacDonald.

“PFL provides the 450 million worldwide MMA fans the excitement and transparency of the sport season format just like other major sports,” said PFL CEO, Peter Murray. “In the PFL, fans follow individual fighter ‘win and advance’ journeys throughout the regular season, playoffs, and championship. There is no undercard in the PFL -- every fight matters.”

PFL events are broadcast live in primetime on ESPN2 and ESPN+ in the United States and distributed to 160 countries around the world on premium sports networks.  The PFL 2021 Regular Season begins on Friday, April 23, with subsequent regular events taking place on April 29, May 6, June 10, June 17, and June 25.

About Professional Fighters League
The Professional Fighters League (PFL) is the first and only to present MMA in the sport-season format, where individual fighters control their own destiny, competing each year in a Regular Season, Playoffs, and Championship.  PFL is the fastest growing sports league and the #2 MMA company worldwide.  PFL events are broadcast live in primetime on ESPN2 and ESPN+ in the United States and distributed to 160 countries on premium sports networks.