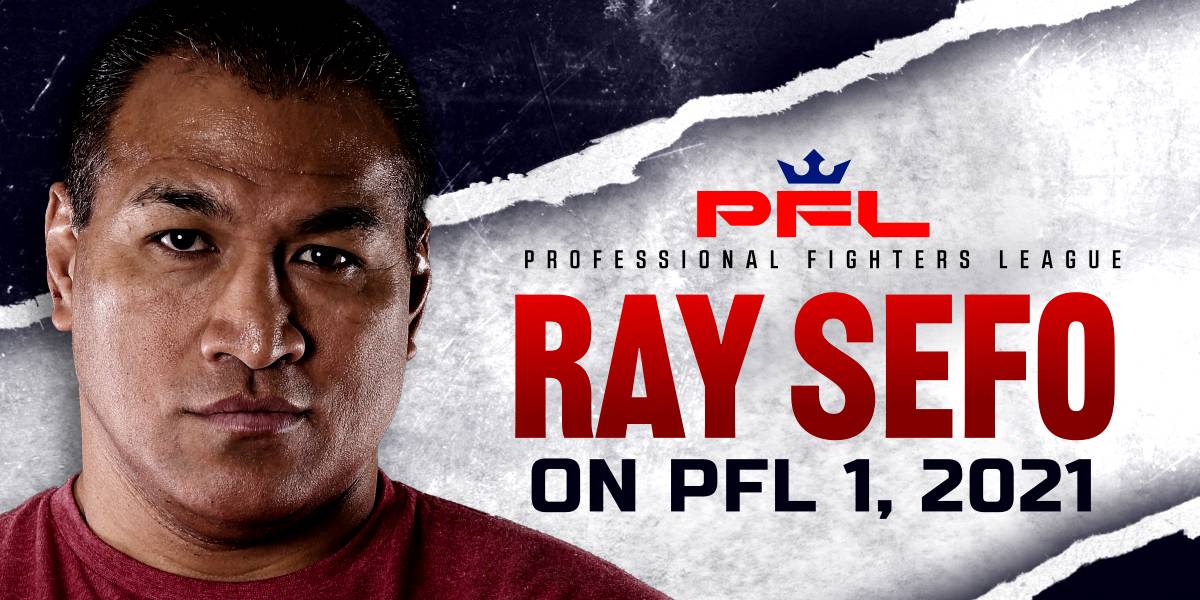 The third season of the Professional Fighters League kicks off on Friday, April 23, from the Ocean Casino Resort in Atlantic City, N.J. The season will consist of 10 events across six weight classes (men’s featherweight, lightweight, welterweight, light heavyweight and heavyweight, as well as women’s lightweight). A $1 million dollar prize awaits each of the six fighters who come out victorious. The full PFL rules and format can be viewed here.

All six returning champions from the second season return to the PFL Decagon, as well as over 40 new faces, including former UFC champions Fabricio Werdum and Anthony Pettis, as well as former Bellator titleholder Rory MacDonald. The stacked roster features fighters from over 20 different nations across the globe.

The season’s first event will feature action in the featherweight and lightweight divisions. It includes the aforementioned Pettis, as well as returning lightweight champion Natan Schulte and featherweight king Lance Palmer. The action kicks off with the ESPN+ card airing live on ESPN+ beginning at 5:30 p.m. ET. The ESPN 2 card will be broadcast on ESPN 2 and ESPN Deportes at 9 p.m. ET. For additional broadcast details, click here.

Let’s take a look at the main card match-ups and the preliminary-card headliner through the eyes of PFL President Ray Sefo, a six-time world kickboxing and Muay Thai champion and three-time combat sports Hall of Famer.

The night’s headliner showcases the league debut of former UFC and WEC titleholder Anthony Pettis and tough-nosed boxer Clay Collard. Pettis is infamous for his “Showtime” kick off the fence against Benson Henderson and is the only MMA fighter to ever appear on a Wheaties box. Utah’s Collard returns to MMA action for the first time in two years after a detour to the boxing ring. He went 5-1 during 2020, putting the first blemish on the record of multiple opponents. The pair combine for 21 career knockouts, as well as 10 submission finishes.

Ray’s Take: This fight is sure to be fireworks on the feet. You’ve got the flashy taekwondo techniques of Pettis against the crisp boxing of Collard. What interests me the most is whether Pettis can keep the fight at range and utilize his kicking arsenal, or if Collard will be able to get inside, initiate the clinch and work the body with punches. With two proven finishers, one thing’s for sure, don’t blink!

In the co-main event, two-time PFL champion Natan Schulte begins his quest for a three-peat against UFC and Bellator veteran Marcin Held. The Brazilian Schulte has dominated the lightweight division thus far in his time with PFL, amassing a 9-0-1 record en route to two $1 million-dollar prizes. Poland’s Held joins the roster carrying a litany of experience and a propensity for leg-lock submissions.

Ray’s Take: If you’re a fan of grappling, you’re in for a treat in this fight. The two-time champ Schulte is a well-rounded fighter who can beat opponents on the feet or on the mat. Held brings a lethal submission attack and could become the first man to defeat Schulte in the PFL. I can’t wait for these two grapplers to test one another.

Dagestan’s Movlid Khaybulaev returns to the PFL looking to erase the results of last season, as he takes on newcomer Lazar Stojadinovic. Khaybulaev holds the fastest finish in PFL history — a 10-second flying knee finish of Damon Jackson — which helped him earn the No. 2 seed in the season two playoffs. He came up short in his quest for gold and is anxious to get back into action. Stojadinovic enters the season riding a two-fight winning streak and has finished nine of his 14 career wins.

Ray’s Take: We saw last season just how explosive Khaybulaev can be and he trained under the tutelage of one of the sport’s most dominant fighters in Khabib Nurmagomedov. But he’s facing an experienced, gritty veteran in Stojadinovic, who could easily play spoiler and show just how unpredictable the league format truly is.

Another two-time champion starts his journey toward a third season title and another million-dollar prize when reigning featherweight titlist Lance Palmer collides with fellow wrestling stalwart Bubba Jenkins. Palmer has been a steady force in the PFL cage, going 5-0 in back-to-back seasons to extend his winning streak to 11-straight fights. Jenkins — a Bellator MMA veteran — joins the league as one of the few fighters who can match Palmer’s credentials on the wrestling mat. He collected an NCAA championship at Arizona State University at 157 pounds prior to his transition to MMA.

Ray’s Take: This first event of the year has a little of bit everything for fight fans. We’ve got striking battles, submission wars, and in this Palmer-Jenkins bout, we’ve got two of the best wrestlers in the world at 145 pounds. But both fighters have shown they have other tools. I’m excited to see who can implement their will and take control in this one.

The night’s preliminary card is headlined by a striking duel with an international flavor as England’s Brendan Loughnane collides with Brazil’s Sheymon Moraes in a featherweight contest. Loughnane made two appearances in the PFL cage last season, but they took place outside of league action. He enters this season riding a five-fight winning streak and boasts a resume that includes 10 knockouts and the bragging rights of never being finished in his career. Moraes joins the third season having competed in the UFC and WSOF during his career. The Muay Thai stylist has five wins via knockout in his career.

Ray’s Take: What better way to wrap up the night’s ESPN+  card than with this fan-voted headliner between two explosive featherweights? Loughnane proved last season that he’s a tough out for anyone who steps into the cage. And Moraes has faced some of the best in the sport during his career. These two are sure to bring the action from the second the bell rings.