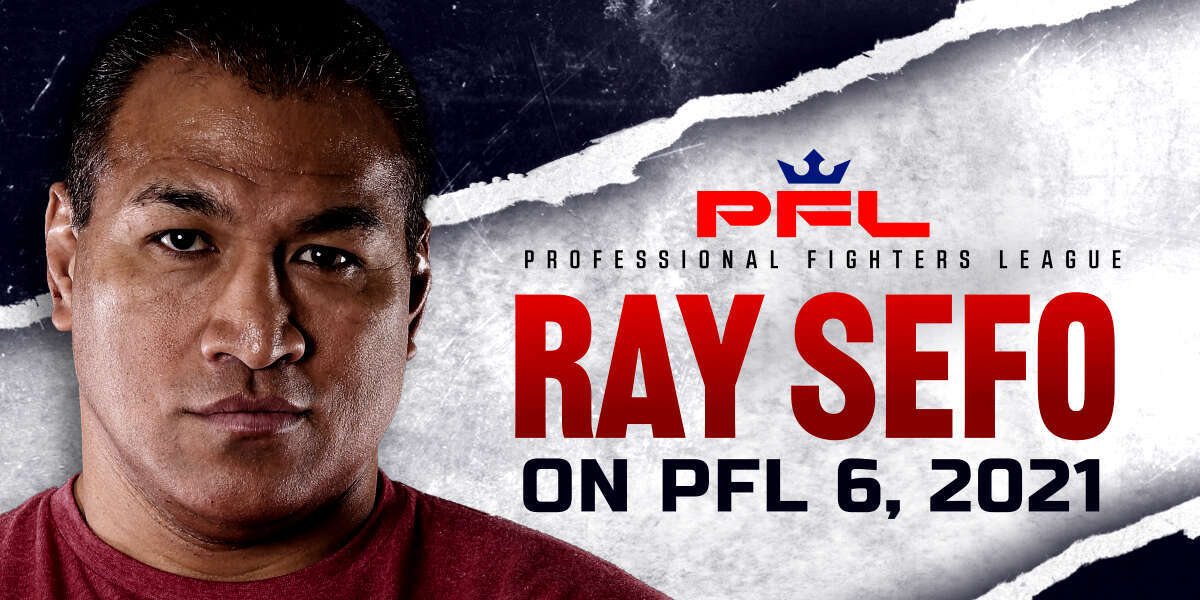 The PFL 6, 2021 fight card focuses on the heavy hitters, with heavyweights and women’s lightweights taking center stage. While those two divisions comprise the majority of the action Friday night, PFL brass also spiced things up a bit with a high-profile matchup in both the featherweight and lightweight divisions.

Atop the loaded event is a Women’s Lightweight Showdown between 2019 PFL Champion and two-time Olympic judo gold medalist Kayla Harrison and UFC, Bellator, and Invicta FC veteran Cindy Dandois. Harrison clinches a Playoffs spot with a finish in any round, while Dandois looks to notch the biggest upset of her career — and one of the biggest upsets of the year in any MMA organization — by wiping out the undefeated juggernaut Harrison.

All that plus can’t-miss action from Larissa Pachecho, Bruno Cappelozza, Denis Goltsov, and more begins with the ESPN+ card, airing live at 6 p.m. ET. The broadcast then shifts at 10 p.m. ET for the ESPN2 card. For additional broadcast details, click here.

Can Kayla Harrison crush another challenger?

At 9-0 with seven finishes (four knockouts and three submissions), Harrison represents one of the most dominant fighters on the planet. Most recently, Harrison wiped out Mariana Morais at PFL 3, 2021 on May 6 via first-round TKO, giving her six points toward the PFL Playoffs in the process. The 2019 Women’s Lightweight champion, Harrison looks to two-peat by the end of 2021.

That said, Cindy Dandois plans to derail the hype train. A four-time Bronze medalist in the Belgian Judo Championships, Dandois boasts solid grappling skills of her own, submitting eight opponents in her 22-fight professional career.

Ray’s Take: There’s no doubt Kayla Harrison has emerged as one of the biggest stars competing under the PFL banner, and her pedigree combined with her success inside the cage makes her can’t-miss television each and every time out. Recently, Harrison became the legal guardian of her 8-year-old niece and her 2-year-old nephew, giving her even more to fight for on fight night. I love storylines like this — but I know Cindy Dandois wants to spoil the party. She’s won four of her last five fights, and her grappling could pose a risk to Harrison on fight night. Will she become the first person to figure out Harrison’s game or will the two-time Olympic gold medalist enter the Playoffs undefeated once again?

Anthony Pettis needs to win Friday night at PFL 6, 2021. After dropping his PFL debut against Clay Collard at PFL 1, 2021, Pettis stumbles into his matchup against Manfio with zero points in hand and in desperate need of a big-time victory to catapult himself into the PFL Playoffs. Manfio, meanwhile, has won four of his last five and took home a split-decision victory over Joilton Lutterbach at PFL 2, 2021, seemingly giving him some momentum as he enters this bout against Pettis Friday evening.

Ray’s Take: One of my favorite things about fighting is that it shows what somebody is made of when times are tough. What will a fighter do when his or her back is against the wall? With this fight between Anthony Pettis and Raush Manfio, we’re about to find out.

Pettis came into the 2021 Lightweight Tournament a heavy favorite but lost his first bout, putting him on his heels. Now, he’s in danger of missing the Playoffs completely. There’s no doubt he has the talent to get the job done against anyone on any night — but will he execute Friday against Manfio? The former Titan FC lightweight champion, Manfio is no slouch, either. He has seven career knockout wins, three coming in the first round. Do not blink when these two lightweights take the cage for our co-main event.

Two-time PFL Featherweight Champion Lance Palmer finds himself in uncharted territory against 2019 quarterfinalist Movlid Khaybulaev. Not only is Palmer not in the driver’s seat heading into this bout — he’s barely clinging to a spot in the backseat. He needs to win (and would prefer an early stoppage) if he wants to enter the PFL Playoffs to three-peat as champion.

And no pressure for Palmer, but Khaybulaev has only lost once in his 18-fight professional career, a result that was overturned due to opponent Daniel Pineda failing his post-fight drug test. He has the fastest knockout in PFL history, too, thanks to this beauty of a flying knee against Damon Jackson.

Ray’s Take: What a fight we have in the Featherweight division between Lance Palmer and Movlid Khaybulaev. Not only is this just a fantastic matchup between two of the most talented 145-pound fighters on the planet, but the stakes are high, with each fighter needing a win to punch his ticket to the PFL Playoffs. Palmer has been the king of the featherweight ranks for years — literally! — but Khaybulaev can put an end to that reign with a victory Friday night. I’ll be honest: I have no idea how this fight is going to play out … but I know I can’t wait for that opening bell to sound.

The PFL 6, 2021 fight card opens on ESPN2 with a guaranteed banger of a heavyweight showdown between Denis Goltsov and Brandon Sayles. Both fighters are coming off finishes in their opening-round matchups at PFL 3, 2021, and both fighters will be looking to enter the PFL Playoffs with another impressive performance in hand. Will it be the 2017 Combat Sambo World Champion Goltsov or the 18-year military veteran Sayles getting it done Friday evening?

Ray’s Take: Who doesn’t love hard-hitting heavyweights? It’s a rhetorical question. Everyone loves it when the big boys take the center of the cage and throw down, and that’s exactly what I anticipate from Goltsov and Sayles Friday night at PFL 6, 2021. At 26-6 and as a 2019 PFL Heavyweight Semifinalist, Goltsov has a major experience advantage over Sayles, but as he showed back at PFL 3, 2021 with his second-round submission of Mohammed Usman, Sayles is a dangerous, dangerous man when that cage door closes. Flip and coin and buckle up in this one. It’s going to be good.