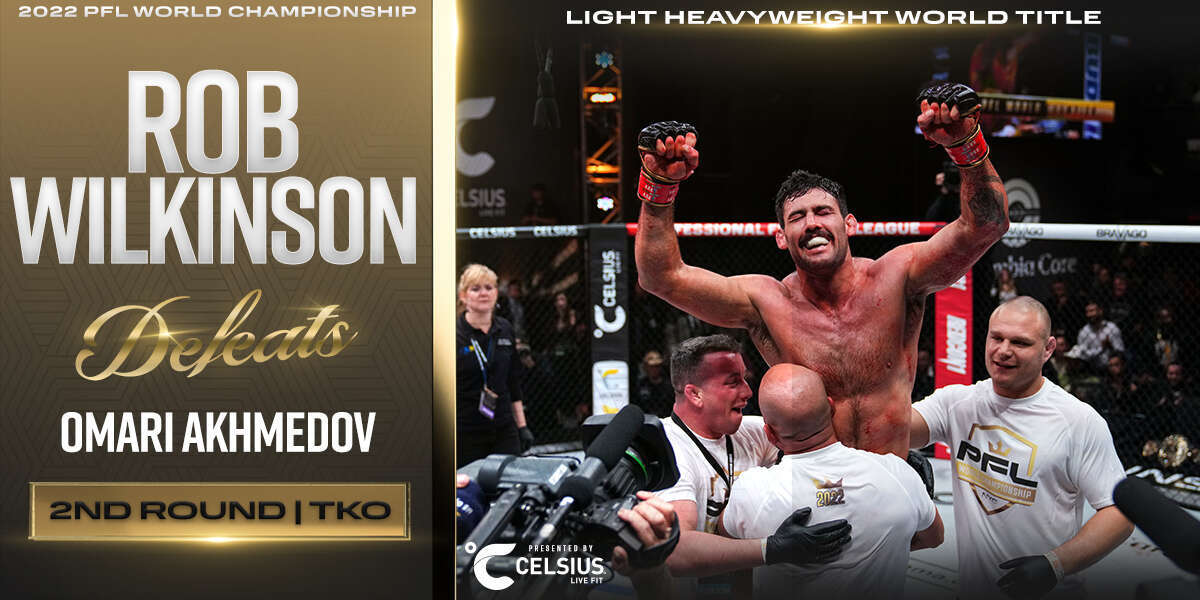 We are officially underway with our first 2022 PFL World Championship of the evening with $1 million on the line as #1 Rob Wilkinson (16-2) rides a 5 fight win streak including knockout victories in his 3 PFL fights this season into this bout with Dagestani pioneer and #2 seed Omari Akhmedov (24-7-1). Both fighters went 3-0 with PFL this year, finishing 5 of their 6 combined bouts. This one likely won’t make it to the judges scorecards but should be electric for as long as it lasts!

Wilkinson quickly takes the center of the SmartCage to start us off as Omari swings big with a high kick that misses, briefly losing his footing before popping back to his feet.

Wilkinson comes forward as he is wont to do and lands a big straight right hand down the middle which Akhmedov answers with a combination of hooks to the body and head.

Not giving Akhmedov any time to think, Wilkinson blitzes and lands a powerful uppercut that gets some respect from Akhmedov.  Akhmedov looks to change levels but gets caught with a punch on the way in which briefly drops the Dagestani before he gets back to his feet.

Wilkinson is doing a great job controlling range and dictating where exchanges are taking place.  Akhmedov shoots again but Wilkinson sprawls and defends before landing a big right hand on the break.  Again Akhmedov tries to change levels but Wilkinson is unbothered, keeping the pressure on and landing big shots.

Again Wilkinson is able to just walk forward and land a strong 1-2 before resetting and tagging Akhmedov with an uppercut for staying in the pocket too long.

With 90 seconds to go, Wilkinson clips Akhmedov again with another big uppercut, briefly knocking Akhmedov down but he is able to recover.  Akhmedov lands a heavy low kick as Wilkinson stalks him along the outside of the SmartCage.  Wilkinson seems to be getting the better of every exchange so far and he drops Akhmedov AGAIN with a flurry of punches as the round winds down!

Oh! Akhmedov gets dropped once more with a left hand right as the round ends and he may have been saved by the bell! One has to wonder how much more punishment Akhmedov can take at this point after a grueling round that seemed like 1 way traffic from the jump.

The energy in the crowd is palpable as round 2 begins and Wilkinson looks calm, cool, and collected as he takes the center of the SmartCage and starts to establish his offense.

Wilkinson catches him but Akhmedov returns fire this time.  Akhmedov seems to be fighting with a bit of desperation at this point, looking solely for the knockout blow without any set up.

Once again Wilkinson is able to just rush forward behind his straight punches and punishes Akhmedov who can’t get out of the way in time.  In response, Akhmedov shoots but winds up on the bottom as Wilkinson is able to sweep on the way down and land in full guard before disengaging and getting the fight back to the feet where he has had a clear advantage.

Akhmedov lands a nice right hand now but once again Wilkinson catches him with that short uppercut inside.  Wilkinson lands another big right hand and Akhmedov briefly drops to his knees, Akhmedov looks like he’s in survival mode now as Wilkinson has opened a massive gash on his forehead.

The referee decides to have the doctor take a look but they are going to let Akhmedov continue.  One would think a moment to catch his breath might help the fading Akhmedov at this point.

Wilkinson is staying patient and a battered and bloody Akhmedov lands a big right hook up high.  Wilkinson again lands a straight right with a left uppercut behind it and the ref seems to be taking a hard look at stopping this one! Wilkinson opens up with 20 seconds to go and he’s putting a beating on Akhmedov now! Wilkinson lands a big knee just as the round ends and Akhmedov goes down and is once again saved by the bell! What a fight!

ITS A WAR INSIDE @HuluTheaterMSG! CROWD IS ON THEIR FEET! LETS GOOOOOOOO!

The doctor once again comes out to take a look at the cut on Akhmedov’s forehead before the start of the round and that’s going to be all she wrote as the ref waves the fight off and Rob Wilkinson is your new PFL Light Heavyweight World Champion!

Rob Wilkinson is crowned the first 2022 PFL World Champion and newly minted millionaire of the night with a gutsy all action performance! 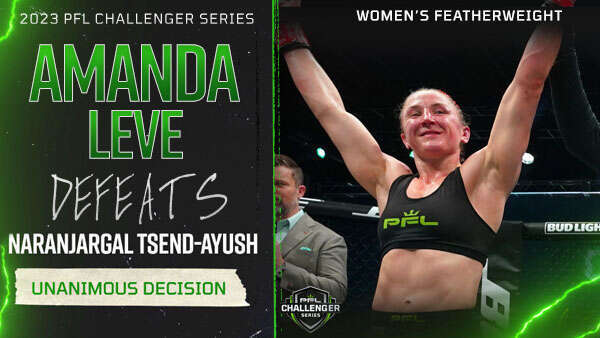