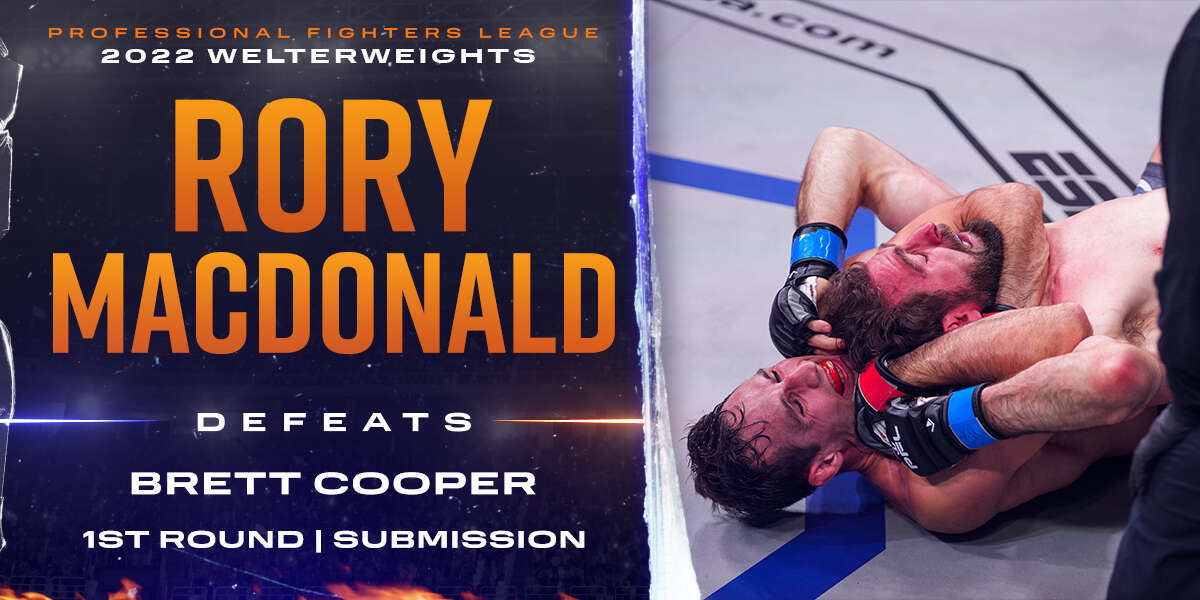 After beginning his 2021 PFL campaign with a quick six first-round submission, “The Red King” lost his next 2 fights by decision, one of which is widely considered one of the worst robberies in MMA history against Gleison Tibau and the second of which was to eventual champion Ray Cooper III.  Rory stated at media day that he put in a tremendous amount of work in the offseason to ensure he finishes fights this year as he looks to become a champion once more.

Brett Cooper has fought all over the world and for a litany of high-level promotions over his 16-year career including Bellator, ACA, KSW, and Shooto.  Cooper briefly retired from MMA in 2015 to spend time with his family, but now feels prepared to get back in there and do what he does best: deliver entertaining fights win or lose.

Rory wastes no time looking for the takedown and drives in deep on a single and gets the fight to the mat within the first 15 seconds.  He effortlessly passes to side control and begins working to cut off the cage and isolate Cooper in open space.

Rory is getting off some big ground and pound early and you can see the difference in mentality compared to last season, The Red King is here to finish fights! Rory effortlessly slides the knee across the belly and gets the full mount with over 3 minutes remaining in the round.

Big ground and pound! Rory does some big damage before attacking the rear-naked choke and just like that it’s under the chin and the fight is over!

Vintage Red King. Rory takes his place at the top of the welterweight standings with 6 points.