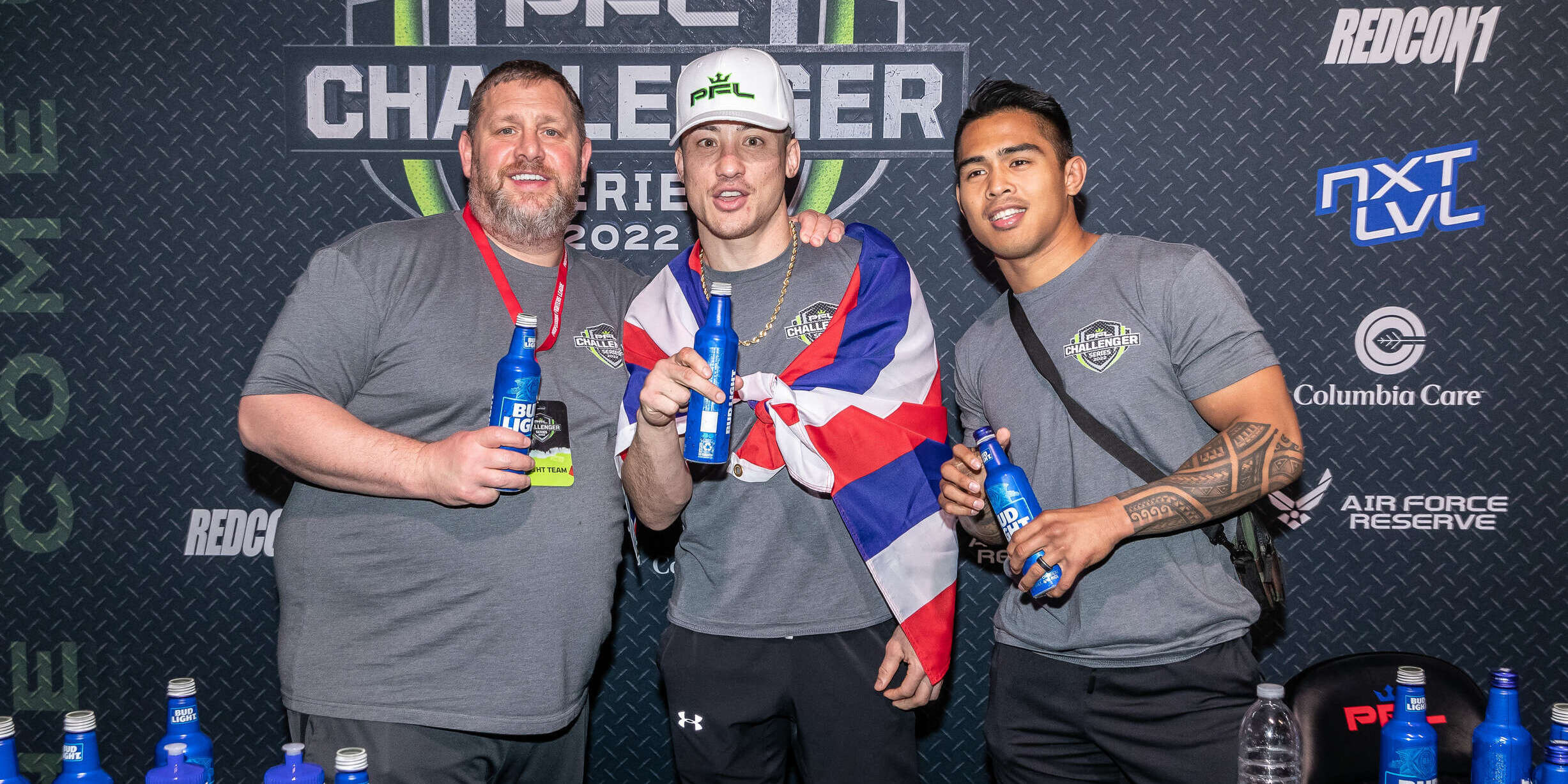 Before narrowing things down to two finalists, PFL President Ray Sefo took the mic to congratulate every fighter.

Zurcher’s loving the moment. He puts his arm around Salmon with a laugh as they await the voting from both the celebrity judging panel and the fans at home with the Bud Light fan vote.

Couture admitted it was a tough decision for them, but in the end, it went to Salmon, the only fighter on the evening to earn a stoppage victory.

It’s a sweep for Salmon. The fans at home pick Salmon to win as well, and Salmon earns the PFL contract on the spot.

Congratulations Boston Salmon! You are going to the Next Level! #PFLonFuboTV

Things got a little sweeter for him, too, as he earned the Columbia Care Move of the Night, netting an additional $5,000 in the process.

From getting cut by the UFC to getting badly injured by an illegal blow in his most recent bout, Salmon made the most of his 20-month layoff, making a giant splash at PFL Challenger Series 4.

“I have all the tools. I have the whole support system watching me,” Salmon said. “Most importantly, I never gave up on myself. A lot of people would’ve took that damage and would’ve just gave up on the sport.”