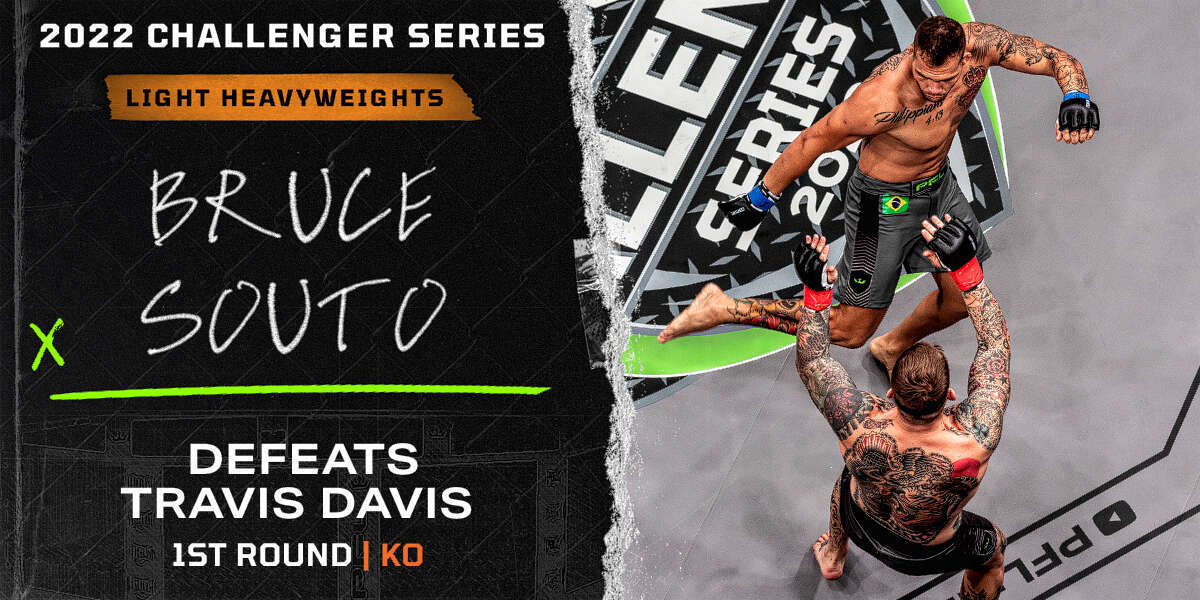 Davis, a jiu-jitsu specialist out of Columbus, Ohio, is a finishing machine. In his 10 professional wins, he’s earned six submissions and three knockouts, leaving just one victory to the judges.

Meanwhile, Souto’s perfectly split with three knockouts and three submissions across his 14 career victories. He enters the fight as the betting favorite (-180).

This one should be fun, ladies and gentlemen.

Souto takes the center of the cage and Davis throws two jabs to the body to open the action. Souto steps in, Davis looks for the check hook but it misses, and Souto finishes with a leg kick. Another one. Another one. Already, he’s finding a home for that attack, and his corner loves it.

Souto looks for the overhand right, but it’s not there. He lands a heavy leg kick that gets commentator Kenny Florian’s full attention. Davis fires back with a nice leg kick of his own. They’re getting after it here.

Souto throws a body kick, and Davis catches it, using the opportunity to trip his opponent to the mat. He goes to work from the top out of Souto’s full guard. Now, Davis is going submission hunting, clamping on a front choke as Souto tries to initiate a scramble. It looks tight, but Souto calmly adjusts and escapes. They’re back to their feet.

Nice combination of punches from Davis catches Souto’s attention. Oblique kick from Davis, and Souto closes the distance. Less than 30 seconds to go in this opening frame.

Flying knee from Souto! Davis is all kinds of hurt, and Souto swarms. This fight is a wrap.

Oh, how quickly things can change in MMA. Davis was slowly taking over the fight, and Souto changed it all with a single strike.

And there’s your first finish in PFL Challenger Series history.