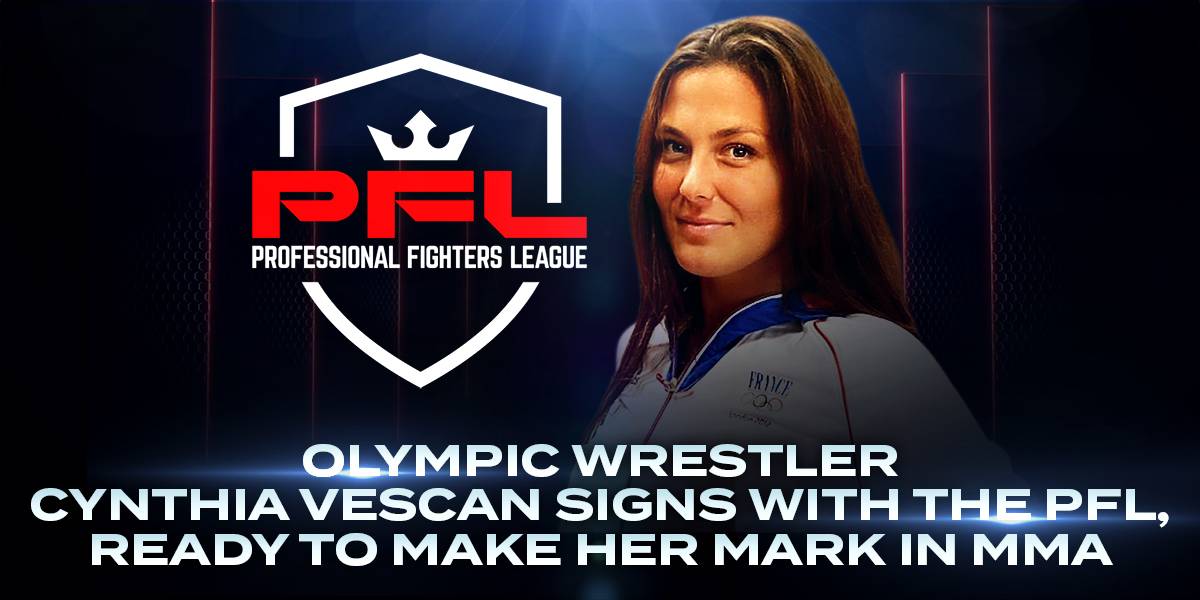 NEW YORK (March 18, 2021)  —  Professional Fighters League (PFL), the fastest growing and most innovative sports league in the world, today announced the signing of Cynthia Vanessa Vescan, one of the most talented female freestyle wrestlers in the world. The 29-year old is a two-time Olympian, having represented her home country of France in the 2012 Olympic Games in London and the 2016 Olympic Games in Rio de Janeiro.

Vescan began wrestling at the young age of seven, taking after her father and older brother, who were both wrestlers as well. In 2015, Vescan was introduced to the sport of mixed martial arts (MMA), but ultimately could not begin training due to her commitments with the 2016 Summer Olympics.

The Strasbourg native says that she has always enjoyed combat sports, and considers MMA to be the most complete of all combat sports. She will make her highly-anticipated MMA debut with the PFL in the near future.

Vescan aims to make her MMA debut with the same tenacity she had in freestyle wrestling. With the PFL, not only can she test herself against some of the best fighters in the world, but she also has the opportunity to capture one of the most lucrative prizes in combat sports, as well as the PFL world championship.

“My goal at the PFL is to be the best, compete for the one million dollar prize, and to continue making positive changes in my life,” Vescan says. “I still have things to do in sport! I am excited to make my debut in MMA with the Professional Fighters League.”

The 2021 season of the Professional Fighters League kicks off with PFL 1 on Friday, April 23rd. Headlining this year’s season-opening event will be multiple-time world champion Anthony “Showtime'' Pettis making his promotional debut against fellow PFL newcomer Clay Collard. The PFL’s regular season continues on April 29, May 6, June 10, June 17, and June 25.

The 2021 season will also mark the debuts of the likes of Rory MacDonald and Fabricio Werdum, as well as the returns of reigning world champions such as Kayla Harrison, Lance Palmer, and Natan Schulte.