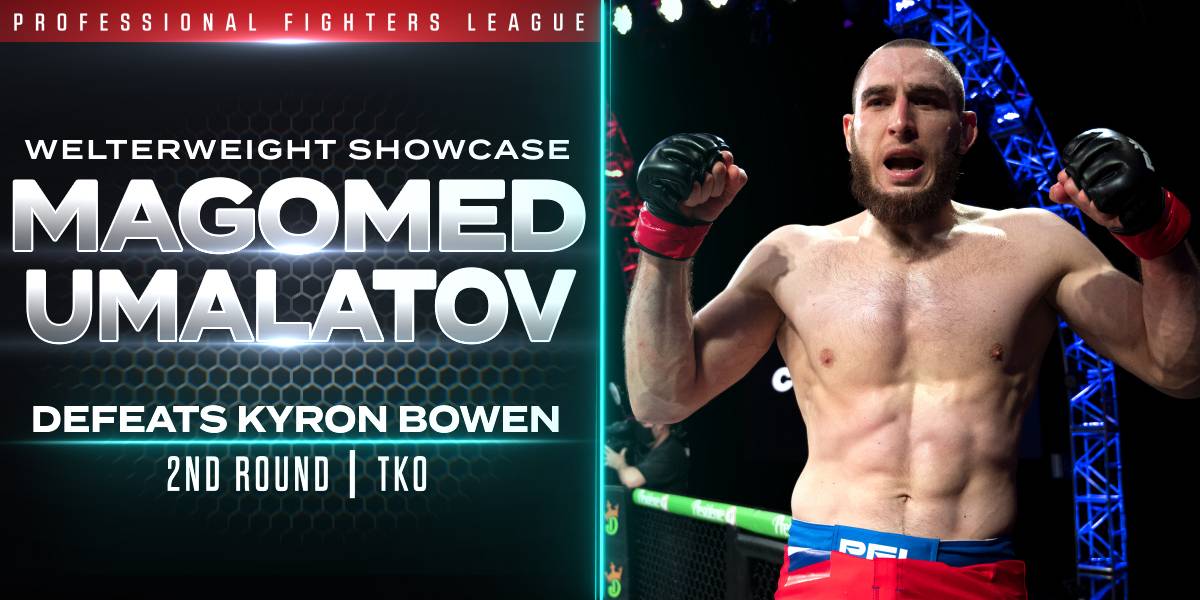 The third event of the 2021 PFL season featured a Welterweight showcase bout between undefeated Russian Magomed Umalatov (10-0) and Contender Series veteran Kyron Bowen (9-6). Umalatov entered the contest having stopped all of his bouts, including eight via knockout. Similarly, the American Bowen had proven to be a finisher over the course of his career, finishing all nine of his victories.

The fighters traded kicks before Umalatov changed levels and took Bowen to the mat. The Dagestan native looked for an arm-triangle choke from the half guard, but was countered with a leg lock attempt from Bowen. Umalatov worked free from the leg attack and dove back into Bowen’s guard. The strikes of Umalatov allowed him to pass to side control. Bowen rolled to his knees, then tried to sweep Umalatov with another leg attack. Umalatov remained calm and put Bowen on his back once more. The American remained active from his back, but absorbed a steady stream of punches from Umalatov. The strikes took their toll as the round progressed and Bowen began to cover up. The bell to end the round saved Bowen from further punishment.

A massive right hand from Umalatov caught Bowen flush to start round two and the referee immediately stepped in to stop the contest. An elated Umalatov climbed the cage to celebrate as Bowen gathered his senses from the knockout.