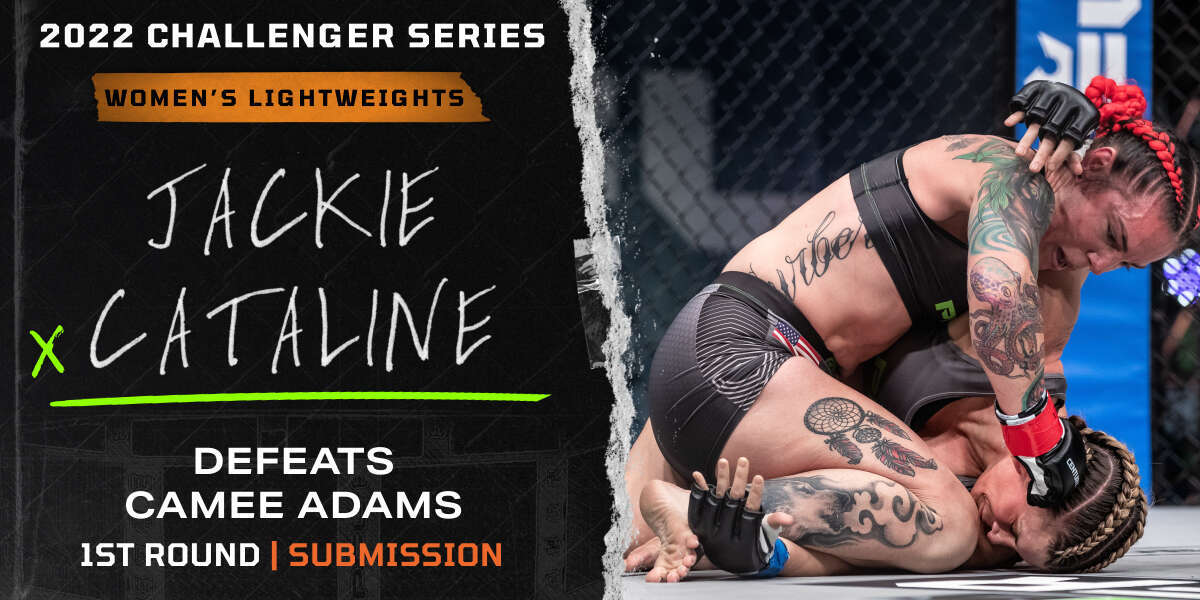 Can PFL Challenger Series 3 go three-for-three with the first-round finishes?

In all, fans enjoyed just eight minutes of cage time.

Now, two pro debutants –– Jackie Cataline and Camee Adams –– look to follow up those performances and keep the energy rolling.

Cataline, a two-time U.S. Open wrestling champion, captured the attention of the MMA world when she announced she’d make the transition to the cage.

Now, her time has come.

She’ll face a much more experienced opponent in Adams, who went 3-2 as an amateur and has won three of her last four.

Will Cataline’s wrestling background be enough to bridge that gap?

They’re out aggressively, and Adams throws a flurry to keep Cataline at bay. It doesn’t work, as Cataline simply pushes forward, clinches, and takes the fight to the mat.

We wondered how her wrestling would translate to the cage, and we have our answer less than a minute into this fight.

Cataline goes to work, moving to side control and peppering Adams from the top. Adams is doing a good job here of tying Cataline up and preventing her from posturing to land more power strikes.

Tough spot here for Adams, as Cataline traps the arm and hammers away with punches from the crucifix.

A scramble ensues, and Adams gives up her back. Wrong move.

Cataline is all over it, and she sinks in the rear-naked choke. Adams briefly fights the hands, but that squeeze is vicious.

That’s one way to make an MMA debut. Cataline wanted to impress in her inaugural trip to the cage. Mission accomplished.