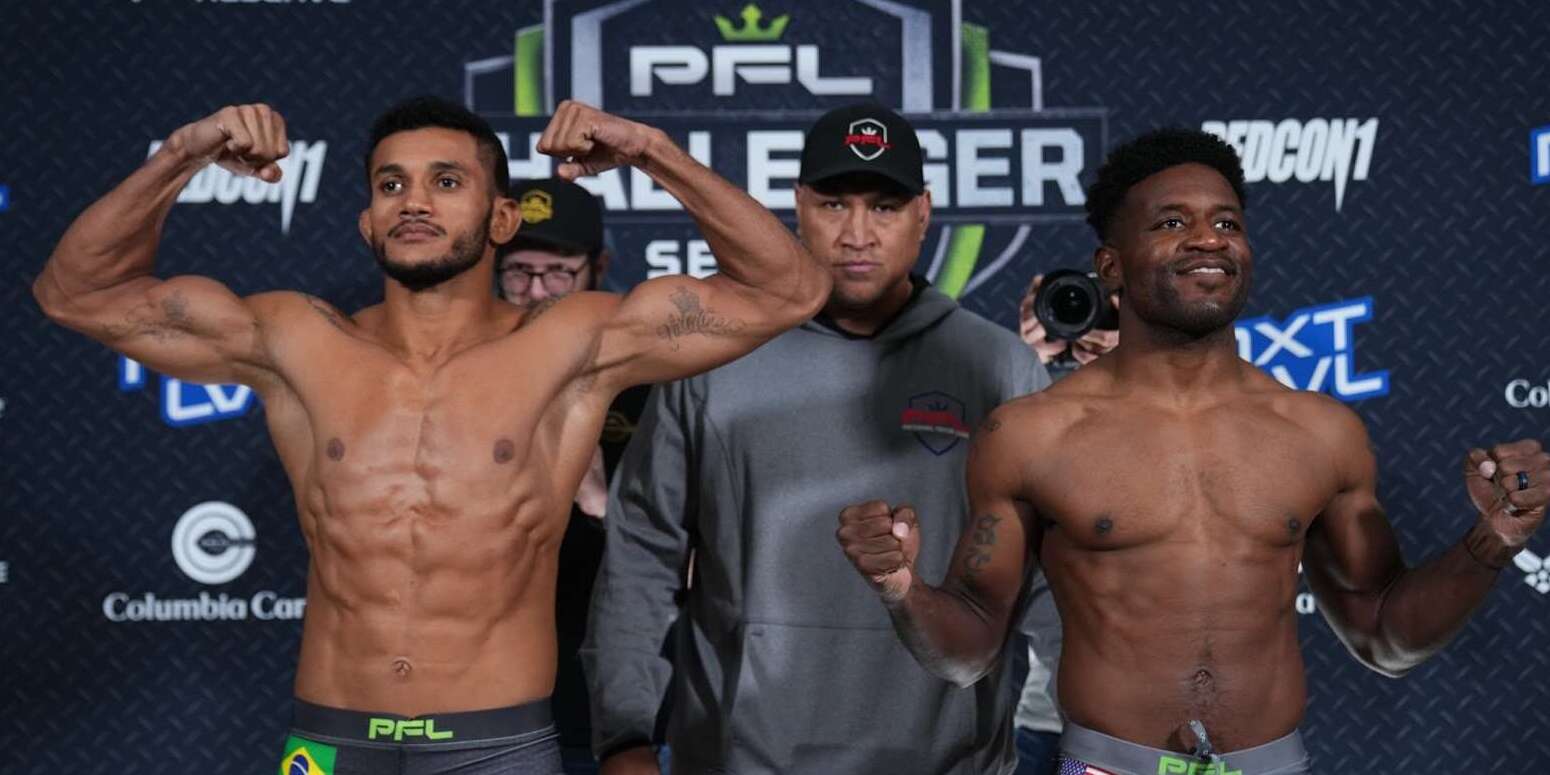 ORLANDO, FLORIDA - The Professional Fighters League, the fastest growing and most innovative sports league, held official weigh-ins for Week 4 of the 2022 PFL Challenger Series, featuring up-and-coming fighters in the featherweight division. Brazil’s Reinaldo Ekson takes on the United States’ Mike Barnett in the main event. PFL Challenger Series is available exclusively on Fubo Sports Network as part of a fuboTV subscription that includes more than 100 sports, news and entertainment channels.

Ekson, who came in at 145.8-pounds, is an EFC Featherweight Champion, and has compiled an impressive 17-5 professional record, with 10 of his wins coming by submission. He comes in having won six of his last seven bouts, and aims to bring home a PFL contract. Barnett, meanwhile, came in at 145.8-pounds, and will be bringing with him an astonishing knockout percentage, having scored a knockout in eight of his 11 career wins. Barnett has won three of his last four outings, and also has his sights on a PFL contract.